Judy Moody and the Not Bummer Summer - Catholic Courier 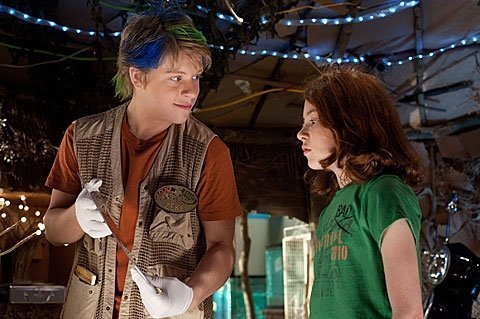 NEW YORK (CNS) — With its grade-schooler heroine and an aunt in the offing, "Judy Moody and the Not Bummer Summer" (Relativity) almost inevitably invites comparison with another recent kids’ lit adaptation, last year’s "Ramona and Beezus." The juxtaposition is not to the new film’s advantage.

Perhaps it’s fun-loving Judy’s (Jordana Beatty) fondness for superlatives — ranging from the simple "Rare!" to the mouthful which serves as the movie’s advertising tag: "Supermegatotallythrilladelic." But, one way or another, the script — co-written by Megan McDonald, on whose series of best-sellers the proceedings are based, and Kathy Waugh — builds us up for a (shall we say) supercalifragilisticexpialidocious payoff that just never arrives.

Instead, about the best we get is a worthwhile lesson about coping with altered circumstances as Judy’s best-laid plans for a supremo summer go awry when her two best friends, Rocky (Garrett Ryan) and Amy (Taylar Hender), take off on adventures of their own, he to circus camp, she to Borneo.

That leaves Judy stranded in the company of timid second-string pal Frank (Preston Bailey). And things only deteriorate for the mercurial tweener when her parents (Janet Varney and Kristoffer Winters) are suddenly called out of town and baby-sitting duties are assigned to an aunt Judy hasn’t seen since infancy.

Fortunately, Aunt Opal (Heather Graham) turns out to be a hippy-dippy world traveler with an appetite for high jinks. But, as Opal guides Judy through the process of creating colorful hats out of aluminum trash can covers, the effort to telegraph how much of a blast they’re having feels strained.

Similarly, a story line focusing on Judy’s little brother, Stink (Parris Mosteller), and his obsession with capturing Bigfoot takes us deep into the weeds as well as the woods and, after the elapse of too much screen time, feels as meandering and ultimately pointless as any real-life search for Sasquatch.

Though really objectionable material is absent, as things unfold under John Schultz’s direction, a childish potty gag concerning an incident Judy afterward dubs the "poop picnic" does get carried to briefly queasy extremes.

The film contains some scatological humor and a few mildly crass terms. The Catholic News Service classification is A-II — adults and adolescents. The Motion Picture Association of America rating is PG — parental guidance suggested. Some material may not be suitable for children.