Justice, peace and the call of our baptism - Catholic Courier 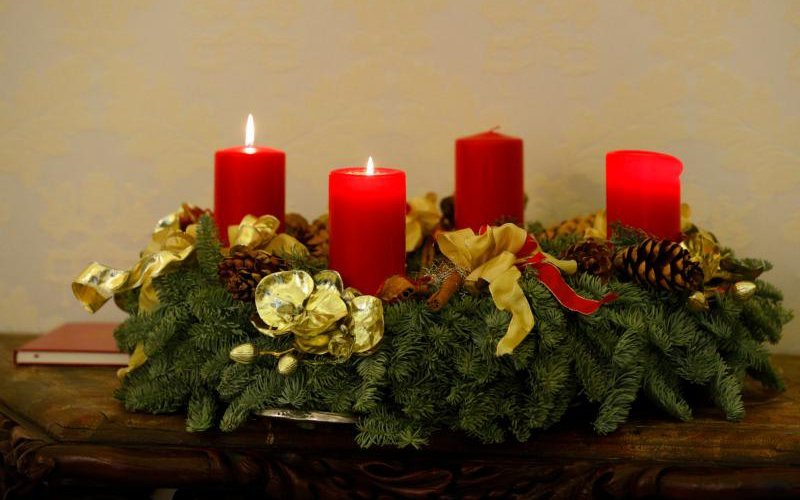 An Advent wreath is pictured in the Apostolic Palace at the Vatican. Psalm 72 proclaims that "justice shall flourish in his time, and fullness of peace forever."

Telling the scriptural story of John the Baptist

Some awfully nice visions of the future are painted in this year’s readings for the Second Sunday of Advent — peace and justice, primarily.

But there are also some words of warning that should preclude any of us from being carried away by such visions and focus instead on what it takes to make those visions reality.

On the one hand, we have Isaiah and the psalmist presenting a rather rosy description of the kingdom of God, with justice at the core thanks to the coming of the One on whom Isaiah declares “the Spirit of the Lord” shall rest.

In fact, Isaiah tells us, the world will become a fine place to live, with wolves and lambs, calves and lions, babies and cobras all getting along just fine — a very Camelot-ish, maybe even Garden of Eden-like world.

The responsorial psalm, Psalm 72, then proclaims that “justice shall flourish in his time, and fullness of peace forever.” The king’s son “shall have pity for the lowly and the poor; the lives of the poor he shall save.”

All very lovely, especially as we look forward to celebrating the birth of the Lord in a few weeks time. But in Matthew’s Gospel, John the Baptist strikes a very different tone.

John says nothing about the day we’re all going to get along, instead offering another dimension to a world of justice in no uncertain terms: “Produce good fruit as evidence of your repentance.”

In other words, justice and peace don’t happen without work. And what are we doing to make justice or peace happen in our world?

The Pharisees and Sadducees at whom John pointedly aimed his remarks (“You brood of vipers!”) were clearly not part of the solution. They wanted the baptism without really understanding what receiving baptism meant.

And in our world today, there are those of us, and those among us, who are just as eager to reap the rewards but not “put in the time,” so to speak.

Which is not to suggest that baptism is earned. But it does carry with it certain responsibilities, as stated in the Catechism of the Catholic Church:

“The baptized have become ‘living stones’ to be ‘built into a spiritual house, to be a holy priesthood.’ By baptism they share in the priesthood of Christ, in his prophetic and royal mission. …

“Having become a member of the church, the person baptized belongs no longer to himself, but to him who died and rose for us. From now on, he is called to be subject to others, to serve them in the communion of the church” (No. 1268-1269).

That, as John insinuated, is a call to get busy and help build God’s kingdom, not wait for someone else to do so. “Every tree that does not bear good fruit will be cut down and thrown into the fire,” John warned.

In that regard, it is also worth contemplating Isaiah’s declaration in Chapter 10, the text that precedes today’s reading. The rich and powerful, those who do not work for justice but for their own gain, should not expect any favors from God, Isaiah states:

“I have moved the boundaries of peoples, their treasures I have pillaged, and, like a mighty one, I have brought down the enthroned” (Is 10:13).

Paul, in his Letter to the Romans, offers perhaps a gentler way of making clear the point that a world of justice and peace doesn’t just happen:

“May the God of endurance and encouragement grant you to think in harmony with one another, in keeping with Christ Jesus, that with one accord you may with one voice glorify the God and Father of our Lord Jesus Christ. Welcome one another, then, as Christ welcomed you, for the glory of God.”