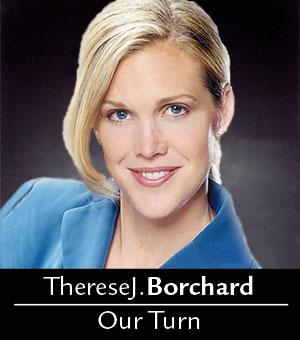 A while back my friend Michelle said to the congregation at her husband’s funeral service: "He never spoke an unkind word to me."

Another girlfriend and I looked at each other, jaws dropped. And then she whispered, "They didn’t have kids." We nodded and felt better about ourselves.

But a growing body of research confirms our suspicions. Said Tara Parker-Pope of The New York Times: "One of the more uncomfortable findings of the scientific study of marriage is the negative effect children can have on previously happy relationships. Despite the popular notion that children bring couples closer, several studies have shown that marital satisfaction and happiness typically plummet with the arrival of the first baby."

Stress, of course. Financial burdens and time constraints. Too much to do in too little time. And very little of it dedicated to pleasurable activities as a couple.

According to studies from the Maryland Population Research Center at the University of Maryland, housework increases three times as much for women upon the birth of a baby as for men. Studies say that men expect it and women resent it. Working parents have to juggle. All the time. And while juggling might be fun for 15 minutes, it gets old after two days let alone 18 years.

Moreover, most working parents are so occupied just keeping their balance that they find it difficult to check in with a spouse and ask her sincerely how she is doing or what her big thought of the day was.

However, the good news is that as the little guys grow up and move out — theoretically, of course — marriages get better again. According to a University of California, Berkeley, study that analyzed the marital satisfaction of more than 100 women over 18 years, marriages improved after the youngest child went off to college.

Said Sara Melissa Gorchoff, one of the authors of the study and a doctoral candidate in UC Berkeley’s psychology department: "We found that marital satisfaction increased as the women transitioned to an empty nest. It was not that they spent more time with their partners but they were better enjoying the time they spent with their partners."

So how do couples preserve their relationship for the 18 years that the kids are home dragging dirt into the house and eating their way through the fridge? Begin with these:

Keep date night. As corny as it sounds, you really do need to reserve a space in your frenzied life to be a couple. Not a couple with a screaming kid and hormonal teenager. A couple alone. The investment in a babysitter and a night out will save you the expense of couple therapy.

Pick the bigger battles. For example, if you’re frustrated when you find the dirty laundry still sitting by the washer when you know for a fact that you asked your husband to start a load, just keep quiet. Because it’s really not a big deal. Save the confrontation for a situation that IS a big deal — like whose relatives you are going to spend Christmas with.

Be nice to each other. Don’t say "duh" yet until you’ve tried this for at least 24 hours and if you want an extra challenge when you are hungry, angry, lonely or tired. Acknowledging what your spouse HAS done for you instead of focusing on what she HAS NOT done is a great way to start. It feels a tad counterintuitive, I know. But its payoffs are huge.