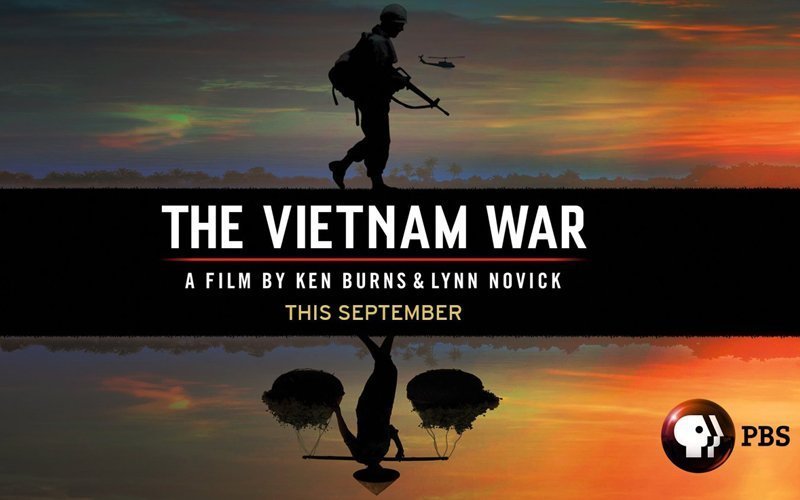 A program advisory cautions viewers about the film’s mature content, strong language and graphic violence. Rape, torture, prostitution and post-traumatic stress are among its mature themes.

The adult language seems more suited to an HBO production than a PBS one. But it is used sparingly, and is understandable, given the film’s broader context. While grisly images of severed heads and people burning themselves in protest certainly aren’t easy to watch, moreover, their presentation isn’t sensationalistic — and their presence is integral to the story.

With the notable exception of an evanescent flash of Jane Fonda’s bare breasts, these elements aren’t gratuitous. Nonetheless, the appropriate audience for the program consists exclusively of prudent and un-squeamish adults.

In keeping with their previous work, the filmmakers weave strikingly evocative visuals using photographs of the era as well as astounding, remastered archival footage to create a comprehensive, fair-minded history of the war. They also examine the conflict’s enduring impact on the United States and on the Vietnamese people, especially the combatants on both sides.

Presumably, it would have been easier for them to focus exclusively on the war’s effects on American soldiers and their families, as well as stateside politicians and peace activists. Yet the inclusion of the voices of soldiers, historians and writers from both South and North Vietnam properly reminds viewers in whose homeland the fighting took place.

Thus, although 58,000 Americans died in the struggle, the Vietnamese people suffered disproportionately: casualties for the South Vietnamese forces ran to 250,000, their Communist opponents lost as many as a million, while 2 million civilians are believed to have perished.

“The tragedy of the war,” Bao Ninh, a former North Vietnamese soldier says, “is that the Vietnamese killed each other. It was American firepower, but Vietnamese flesh and blood.”

Going back to the days of the Truman administration, intensifying during the Johnson and Nixon presidencies and ending with Gerald Ford’s tenure in the White House, that firepower backed 30 years of failed, largely secretive policies, marked by “fateful misunderstandings and tragic decisions.” These mistakes, Burns and Novick convincingly argue, were largely responsible for the suffering and death both sides experienced.

“The Vietnam War” thoroughly details pivotal battles. But night after night of repetitive shelling and bombing may exhaust some viewers.

The film is more effective when participants reflect on what they saw. Veteran United Press International reporter Joe Galloway, for example, describes what happened when the U.S. Army inadvertently dropped the chemical agent napalm on its own men.

His horror and empathy still fresh and vivid, Galloway says, “That hell come to earth is burning there. Boots crumble, and the flesh is cooked off his ankles. I can feel it now.”

This powerful moment, together with others that are equally affecting, remind the audience why Burns and Novick are arguably contemporary America’s best documentarians. “The Vietnam War” also asks an especially important question: How long would it take for the wounds inflicted by the prolonged clash to heal?

“Dividing classes and generations” against each other, the later period of the conflict was, the filmmakers accurately assert, the most divisive time in U.S. history since the Civil War — and the fault lines established then remain largely intact today.

Visiting the Vietnam Veterans Memorial in Washington has been “healing and freeing” to people who lost loved ones, and former combatants have reconciled. But the battle at home over culture, values and politics still rages.

The film takes note of these divisions, but suggests no path to resolution. In that sense, “The Vietnam War,” despite all its impressive aspects, remains a disappointment.