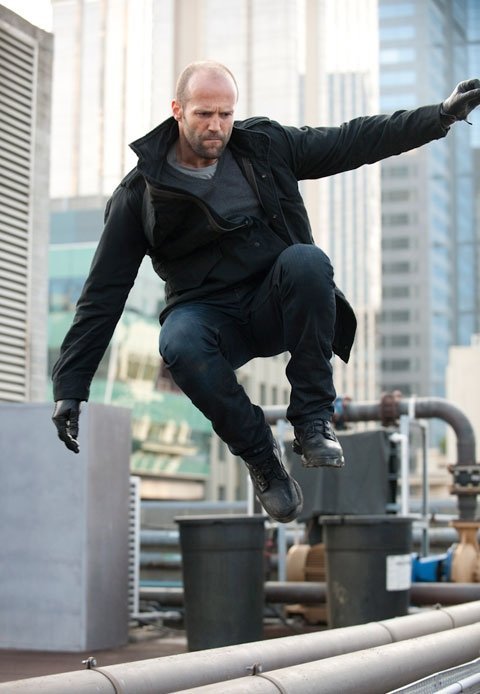 NEW YORK (CNS) — There’s no greater disillusionment, according to "Killer Elite" (Open Road), than to think you’re on the side of right in this world, only to find out you’ve been battling over cheap oil.

That clumsy moral alone might be enough to make this a thoughtful film, but instead it’s a disjointed espionage thriller, directed by Gary McKendry and co-written by McKendry and Matt Sherring, about rival assassination teams embroiled in thoughtless deaths, hackneyed dialogue and a mind-numbing assortment of car chases.

Set in the early 1980s, which means no Internet, no cellphones and a dying Arab sheik protecting oil and power instead of Islamic terrorists out to destroy the West, "Killer Elite" is based on Ranulph Fiennes’ novel "The Feather Men," which, to make things more murky, is billed as "based on a true story."

Jason Statham plays Danny, a retired member of Britain’s elite Special Air Service, who decided to quit and retire to an idyllic Australian ranch after a targeted killing in Mexico went wrong and was witnessed by the child of one of the targets. He gets pulled back in when an oil-rich Omani sheik, seeking to avenge the deaths of three of his sons, kidnaps Danny’s former partner Hunter (Robert De Niro) and keeps him hostage until Danny assembles another team, commits three killings and delivers video proof.

Easy enough, but now an SAS team headed by Spike (Clive Owen) is on Danny’s tail, and being manipulated by a shadowy group of retired British spies who call themselves "The Feather Men" because of their famously light touch in international intrigue.

Spike is supposed to dispatch Danny, but will he? And who’s really on the side of the angels here? The audience is left to its own judgment as to whether to draw a parallel to recent world events.