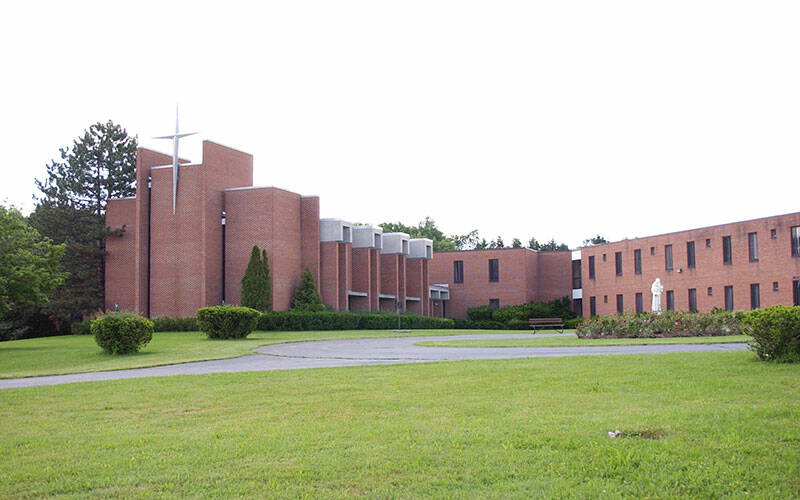 Catholics in the Diocese of Rochester are trying to keep Notre Dame Retreat House in Canandaigua open. (Courier file photo)

Notre Dame Retreat House in Canandaigua to close in 2023

A team of local Catholics is striving to secure the future of a well-known retreat facility in Canandaigua.

Last winter, the Redemptorists of the Baltimore Province announced plans to close their Notre Dame Retreat House by August of 2023. The order has offered a retreat ministry at Notre Dame since the mid-1960s, but financial challenges and a lack of priests available to staff the facility prompted the decision to close, Father Joseph “Frank” Jones told the Catholic Courier in March.

Now a team of laypeople has received preliminary approval from leadership of the Redemptorists to explore ways of leasing the property from the Baltimore Province and, with the province’s guidance, continue to offer retreat ministry at Notre Dame, said Father Jones, rector at the retreat house.

“This effort has received the blessing of our Redemptorist Fathers and Brothers, who will oversee and authorize all efforts going forward,” Father Jones said in a statement posted on the retreat house’s website July 21. “It is my hope that they will be able to continue this important ministry well into the future, benefiting the Diocese of Rochester and the broader church everywhere.”

Led by Paul Peterson and Gary Keating, both members of St. Benedict Parish in Canandaigua and East Bloomfield, the transition team is working to develop a final proposal detailing how it might continue to operate Notre Dame Retreat House after Aug. 1, 2023.

“We’ve been meeting every two weeks since early May, basically looking at all aspects of how it would work, how it can work, from programming to finances to property management,” Peterson said.

In November, the team will present its final proposal to the Redemptorists’ leadership, he added.

“That’s when we will know for sure if we are definitely approved,” Peterson said.

Although active fundraising will not begin until such approval is granted, donations in support of these costs are currently being accepted, he said. Prospective donors may use links on the Notre Dame Retreat House website to donate via GoFundMe, PayPal or Venmo.

If the transition plan does not receive the approval necessary to proceed beyond November, all donations will be returned, Peterson said.

Father Jones said he hopes and prays the transition committee’s efforts will be successful. Notre Dame Retreat House holds a special place in the hearts of many, said Father Jones, who first visited the facility in 1994.

“From the moment I stepped on the property, it just felt different to me, and it’s been that way ever since. I don’t think I’ve ever felt the presence of God in the same way,” said the rector, who asked to be assigned to the retreat house in early 2015 after completing a four-year term on the Redemptorists of the Baltimore Province’s leadership team.

“You just feel so safe there, and so close to God,” added Peterson, who with Keating coordinates St. Benedict Parish’s annual men’s retreats at Notre Dame.

The retreat house provides a place where individuals can disconnect from the noise and frenetic pace of everyday life, Peterson said.

“It’s important to get away from that and put yourself in a position to open your eyes and your ears to God, and it’s hard to do that with the busyness of our everyday lives,” he said. “Notre Dame is a place of retreat, a place of reflection, a place of quietness. It’s a place of social gathering, idea sharing, faith sharing and comfort.“