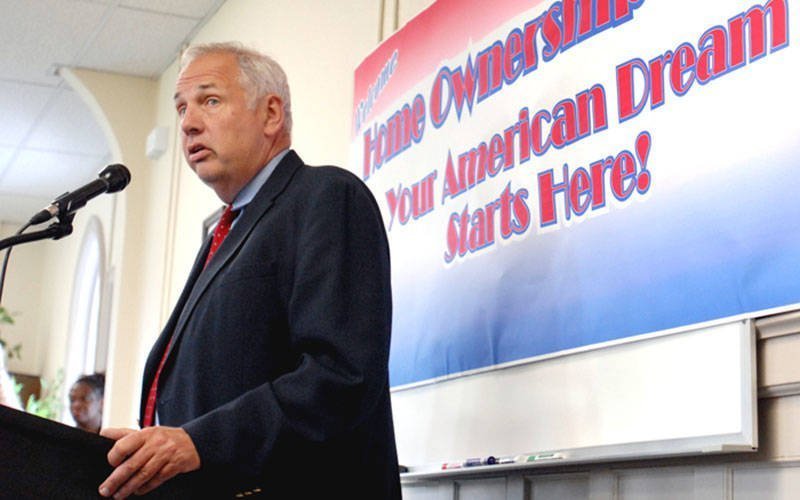 Jack Balinsky, longtime director of Catholic Charities of the Diocese of Rochester, has announced his retirement. (Courier file photo)

“Mr. Balinsky has been an extraordinary leader who has been tireless in his service to the mission of Catholic Charities,” Bishop Salvatore R. Matano stated in a March 19 press release announcing Balinsky’s upcoming retirement. “He has greatly expanded the services of the organization over his many years of devotion to the cause of helping those in need. He truly has lived the Gospel in his work. He will be greatly missed.”

A search for Balinsky’s successor will be initiated.

Balinsky, who will turn 75 on March 20, has been at the helm of Catholic Charities of the Diocese of Rochester since 1992. Under his leadership, diocesan Catholic Charities, which comprised just three subsidiary agencies in 1992, has grown to include 10 subsidiary agencies that serve more than 250,000 people each year. The agencies have expanded both their presence throughout the 12-county Diocese of Rochester as well as the number and variety of services they offer. The agencies also have navigated the increasingly complex rules and accountability requirements that govern work in the human-services sector, according to Tony Adams, chair of the board of directors of diocesan Catholic Charities.

“It wasn’t even in my brain. I was just excited,” he told the Catholic Courier.

Somewhere along the line, however, he developed a passion for Catholic Charities, eventually even penning several detailed histories of Catholic Charities in both New York state as well as the Diocese of Rochester.

A Syracuse native, Balinsky had graduated as valedictorian of his class at the University of Notre Dame before earning a master’s degree in public administration from Princeton University. He then worked for two years at Huntington Family Center, a settlement house that provided social services to an inner-city neighborhood in Syracuse.

He left Albany in 1992 to become director of Catholic Charities of the Diocese of Rochester, serving first under Bishop Emeritus Matthew H. Clark and later Bishop Matano. It has been an honor, Balinsky said in the March 19 statement, to have served with both bishops, as well as many priests, women religious and laypeople.

“I stand in awe and admiration of all for their outstanding good work and especially for their creativity and flexibility in enabling us to provide service during the COVID pandemic,” Balinsky said in the statement. “I am looking forward to this next phase of my life firm in the knowledge that the work of Catholic Charities is in good hands with so many dedicated people devoted to our mission.”

Although he will miss the work he’s poured his heart into for decades, Balinsky told the Catholic Courier he’s grateful for his long tenure with Catholic Charities.

“I had always hoped if health and circumstances would allow, I would make the 50-year-mark,” he remarked on March 19. “It’s a day of mixed feelings.”

“He has done nothing but dedicate his entire life to this mission. He is entirely deserving of a break. At the same time, he’s going to be a very difficult guy to replace. The breadth of things he does for Catholic Charities … is irreplaceable,” Adams said.