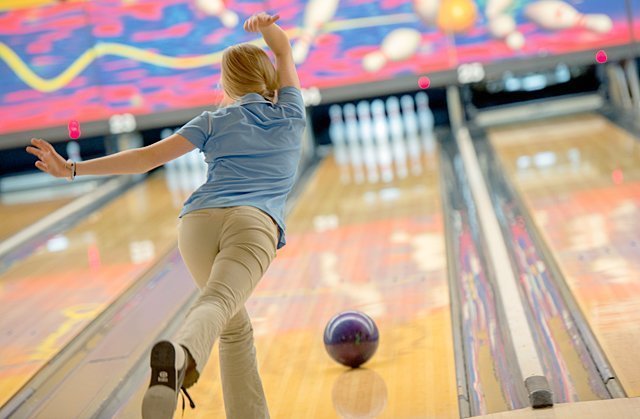 BRIGHTON — The roll of a perfect game concluded what may have been the City Catholic Bowling League’s final season at Clover Lanes.

On Jan. 6, with just over a month before the season’s final matches, Michael Ross bowled a 300, the maximum points a bowler can achieve in a game. Michael, 14, an eighth-grader at World of Inquiry School No. 58, became only the second boy to score a perfect game in the league’s history, which began more than two decades ago, league coaches said.

As he waited for the start of the end-of-year tournament on Feb. 9, Michael said the possibility of rolling all strikes in the Jan. 6 game seemed within reach after the sixth frame.

But when he reached the final frame, Michael said that his eyes were blurry and he just prayed that he was rolling the ball in the right spot.

“When I saw the shot come back, I hit the floor … and everybody was screaming,” he said. “I had seen so many people mess up in that shot.”

Michael scored the 300 game in a match-up against McQuaid Jesuit High School, one of the area’s four Catholic high schools that participate in the league. McQuaid Coach Steve Pogal said it was the only match his team lost all season.

On the day Michael was going for his perfect game, everyone was cheering him on, Pogal said. But Michael was shaking before every roll, he added

“Every kid on my team was rooting for him,” Pogal said.

Such camaraderie among teams is evident throughout the season and the league, according to players, coaches and parents.

“People are very friendly and easy to get along with,” said Jessa Glaspy, a junior at Aquinas Institute, who held the highest season average in the league’s girls’ division. “We’re so close to each other.”

Coach Brian Fedele from School No. 58 said the bowlers generally are good students academically as well.

In addition to the friendly atmosphere, the league also offers interaction among kids who might not otherwise have a chance to meet, noted Cindy Burnett, who has overseen the league for 19 years as Clover Lanes’ assistant manager. In part, those relationships develop from the nature of the sport in which opposing teams sit next to each other rather than facing off across a basketball court or football field, Pogal remarked.

“They are good kids,” Burnett said. “I love them.”

While the league has not yet settled on a location for next year’s, she hopes it will follow Clover Lanes to its new location in the Winton-Blossom roads neighborhood in Rochester.

“This (bowling center) has been a great home,” Fedele said. “They are great to the kids here.”

All of the students also are respectful to the staff and coaches, noted Claudia Herman, coach for Andrews Trahey School for the past 15 years.

“They don’t get enough credit,” she said referring specifically to the city students who participate. “These kids are good kids who come here.”

Bowling also offers an opportunity for students who otherwise might not have a chance to participate in a school sport, Burnett said. Over the years she said she has enjoyed witnessing the growth of players who had never bowled before.

“That is the exciting part for us,” Burnett said.

The bowling center also holds fond memories for Michelle Grosodonia, who on Jan. 31, 2008, was the only female bowler in the league’s history to score a perfect game. Having also bowled at Sacred Heart College, she is now an assistant coach for Mercy’s team, and said her goal is to be the positive role model that her coaches were for her.

“My coach played a really big role in my life,” she said. “To be able to give back is the greatest gift ever.”