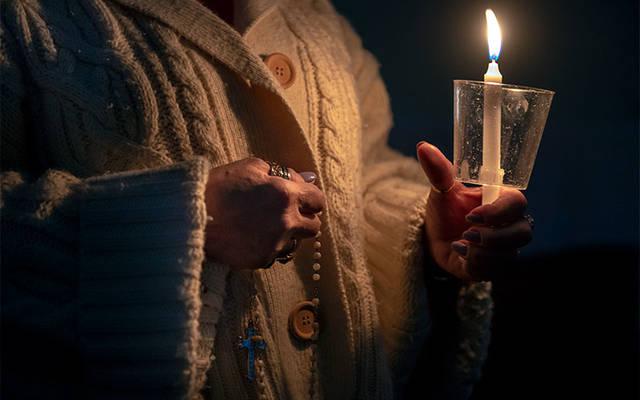 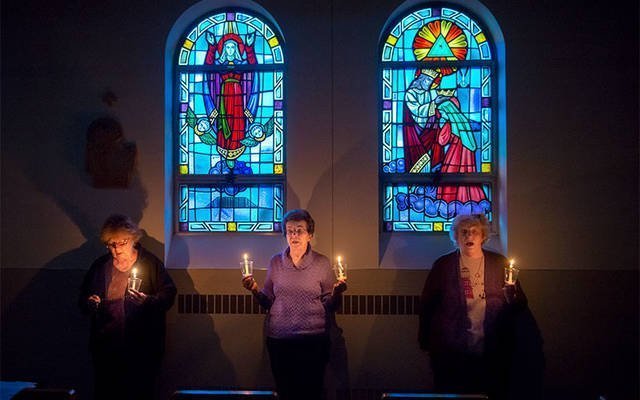 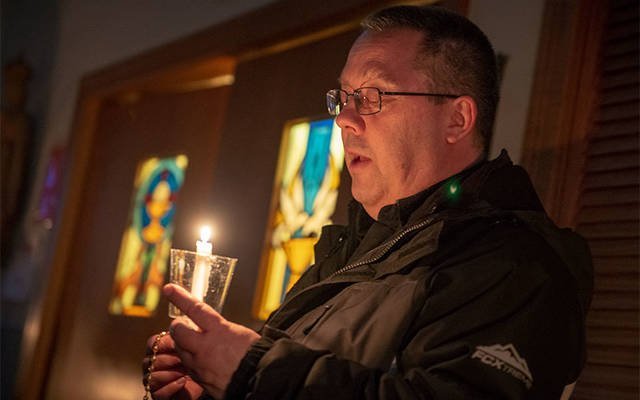 As Holy Week draws closer, Catholics in the Southern Tier are engaged in numerous activities to observe the Lenten season.

‚Ä¢ At Elmira’s Most Holy Name of Jesus Parish, a program on contemplative prayer is being held each Monday; meditative Lenten music was presented by a Schola choir March 10; rosaries plus Soup and Scripture are offered on weekdays; a living rosary took place March 14; and the FORMED video series was held March 17, 24 and 31.

‚Ä¢ Immaculate Conception, Ithaca, held a mission March 16-19 and Lenten retreat weekend March 22-24, and is collecting parishioners’ spare change and cash to benefit Catholic Charities. The church also will host a Lenten cantata, “Portraits in Grace,” on Friday, April 5, at 7 p.m., featuring combined choir members from the area and a chamber orchestra.

‚Ä¢ Schuyler Catholic Community held a parish mission March 10-12. A Holy Hour is being offered each Friday from 7 to 8 p.m. at St. Mary of the Lake in Watkins Glen through April 12, and a Seder supper is set for April 6 at 6:30 p.m. at St. Benedict, Odessa.

‚Ä¢ At St. John Vianney Parish, each Lenten Wednesday features Stations of the Cross, Mass, dinner and a program at St. Mary in Bath; St. Gabriel in Hammondsport is taking part in a local ecumenical worship/lunch program on Wednesdays; Father James Jaeger is doing presentations on the Way of the Cross for military veterans; a Seder meal was held March 28; and Deacon Thomas Jack is leading a Bible study.

‚Ä¢ Living Stations of the Cross are being presented weekly by youths from Blessed Trinity/St. Patrick parishes, with the finale set for Good Friday at 7:30 p.m. at St. Margaret Mary, Apalachin. The Tioga County churches held a Lenten retreat March 17 and 24; a youth food fast March 9 at St. John the Evangelist in Newark Valley and St. Patrick in Owego; and a fish dinner March 29 at St. John. Stations of the Cross and meals are offered on Fridays at St. James in Waverly and St. Patrick, and worshipers at St. John are making floral crosses.

‚Ä¢ At All Saints Parish in Corning/Painted Post, a Good Friday “phone fast” will take place among parish youths; Catholicism 101 is meeting on Tuesdays to examine the basics of the Catholic faith; and opportunities for prayer and reflection are being offered on Friday afternoons and evenings.

‚Ä¢ Our Lady of the Valley’s religious-education and youth-group participants are writing thank-you letters to military members for a Lenten project; Stations of the Cross are taking place at St. Ann in Hornell on Fridays at 5:30 p.m.; and a Soup and Stations was held March 22 at St. Mary in Rexville.

‚Ä¢ At. St. Mary Our Mother, Horseheads, discussion and prayer is taking place on Lenten Tuesdays and Fridays; and a Lenten diaper-donation project is being held.

‚Ä¢ At Ss. Isidore and Maria Torribia Parish, Stations of the Cross and exposition of the Blessed Sacrament are taking place on Fridays at 6:30 p.m. at St. Joseph, Campbell.

‚Ä¢ Holy Family Catholic Community (Livingston/Steuben) is holding soup suppers, with participants bringing soup and/or bread to share, as well as Stations of the Cross at its churches.

‚Ä¢ St. Luke the Evangelist Parish (Livingston) is offering soup suppers, Stations of the Cross and adoration at its churches along with Lenten discussion sessions on Wednesday mornings.

‚Ä¢ The 40 Days for Life spring campaign in Ithaca will run through April 14. Constant, peaceful prayer is taking place daily from 7 a.m. to 7 p.m. across from Planned Parenthood at 620 W. Seneca St.

‚Ä¢ Chemung Valley 4 Life is conducting a Lent for Life campaign through April 19 across from Corning Planned Parenthood, 135 Walnut St. Participants are encouraged to pray daily at any time.