Lessons for Father’s Day and a lifetime - Catholic Courier 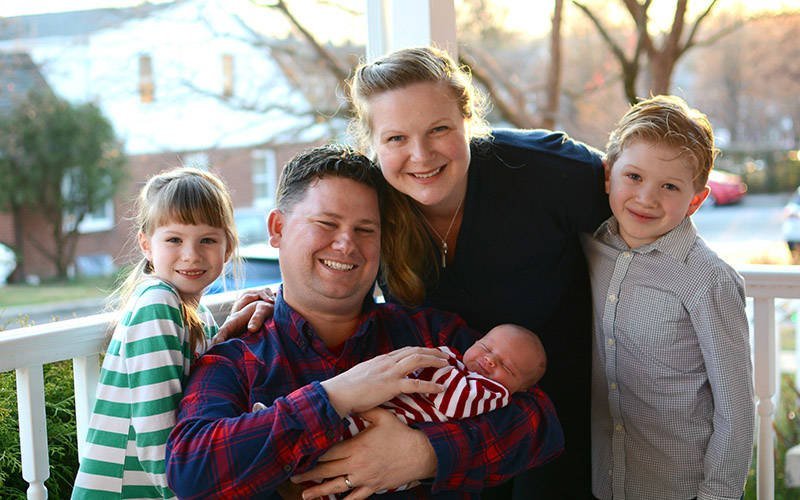 Matt Palmer is director of media relations for Towson University in Maryland. He formerly was a social media strategist for the U.S. Conference of Catholic Bishops. (CNS photo courtesy Matt Palmer)

The saving gift of fatherhood

The church teaches that parents are the primary educators of the faith. I have to be honest: That made me uncomfortable.

Yes, my parents took me to Mass and taught me prayers at a young age, but my Catholic school lay teachers, as well as priests and sisters, took over the meat and potatoes of Catholicism at school. I don’t think my parents were alone in thinking there was always someone more qualified to teach us about the faith than them.

All my life, my father didn’t participate sacramentally in the life of the church.

He went to Mass faithfully, but when it came time to receive the Eucharist, he didn’t go with his family. And he didn’t receive the sacrament of reconciliation. The two were tied at the hip, and he was a pew sitter.

Dad had one best friend — the grudge. He didn’t speak with his brother for nearly 30 years, and he cut out many of his other family members. Eventually, that same fate befell my siblings and me.

After nearly 15 years of not hearing from Dad, we received a call from our uncle. He reconnected with Dad, largely through phone calls, over the intervening years. In late 2019, Dad had gotten sick and in January 2020 was told he had a terminal leukemia, common amongst Vietnam War veterans.

My uncle said if ever there was a time to make peace with Dad, it was then. We didn’t tell Dad we were visiting him in his D.C. hospital. We just went.

I had an anxiety attack in the bathroom of the hospital lobby. I was scared to face his judgment and rejection. Eventually, with the love and encouragement of family, I made it upstairs and took a deep breath as I walked through his door.

He recognized my sister right away, but took a minute to register my face given the years and weight. He looked into my eyes and said, “Hey, Matt!”

He then acted like we had just seen one another a few days prior. The past didn’t matter. He just cared that I was there.

Later, Dad said a priest came to visit and that he was offered the sacrament of reconciliation. After decades of holding back, my father eschewed pride. He shared with the priest a lifetime that had weighed on his conscience.

“It all came pouring out,” Dad said as tears just rolled down his bearded cheeks. “I was so scared. But he just listened to me and didn’t judge me. Things used to be so harsh. I think things are changing. I really do. It felt good. It really did.”

In that moment, Dad was my primary educator in the faith, reminding me of the overwhelming mercy available in the sacrament of reconciliation.

He died a week later, with my sister and me by his side. He could barely get words out, but prayed along with the priest who anointed him in his final hours.

Dad’s role as catechist was one he passed over for much of his life. But his final sacramental journey was one of the greatest educations I have ever received in Catholicism.

Looking into the eyes of the youngest of our three children, Martin Maximillian, we are reminded how much he has to learn about the world and, most importantly, his faith and the mission it gives him.

What I need to admit is that my own faith education is incomplete. It’s a lifetime journey, and being a father reminds me that that there are always questions — often repeated multiple times in one sitting — that need answering. Thanks to the lessons of my father, I know my role better than ever.

I’m a Catholic, a dad and a catechist. I wouldn’t have it any other way.

Matt Palmer is director of media relations for Towson University in Maryland. He formerly was a social media strategist for the U.S. Conference of Catholic Bishops.