‘Let the children come to me' - Catholic Courier 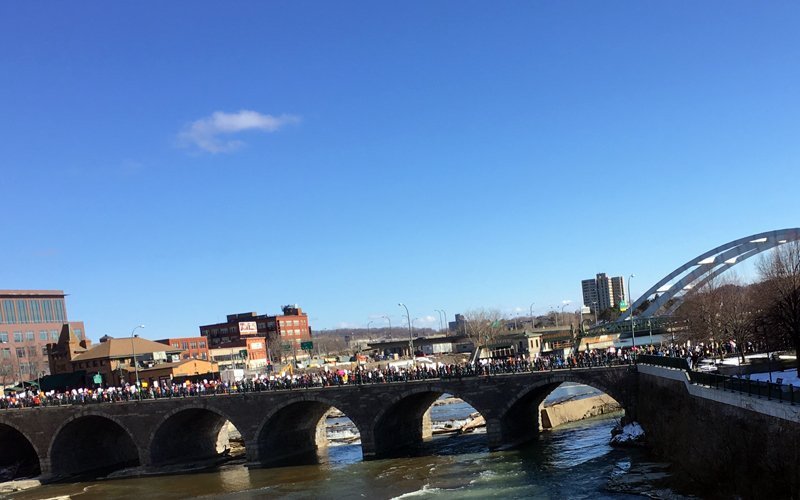 When I arrived to cover the March for Our Lives in Rochester March 24, I saw a lot of people gathering at Washington Square Park but not the huge throngs I had expected.

As I set up my camera to provide live coverage of the rally portion, I became distracted by the lack of Internet connectivity and could not measure the wall of people that surrounded the park center.

After the speeches, songs, poems and even dance that took place during the rally, and as the marchers moved toward Court Street, I realized how big the crowd had become. After racing to the start of the march, which took some effort because the organizers had already reached the Broad Street bridge, I looked across the Genesee River to the thousands of marchers still on Court and was blown away.

No matter your politics, to see young people lead the way and inspire so many supporters was quite impressive. The marches all over the country demonstrated the marchers’ chants: “This is what democracy looks like.”

Young people have helped create change throughout history, from marching for child labor law reform in 1903 to black students walking into all-white schools for desegregation in the 1960s, to the current crop of undocumented immigrant youths seeking the chance to stay in the U.S. and improve their own futures and contribute to the country.

Even Pope Francis, during his Palm Sunday Mass in Rome, affirmed the need to listen to the voices of young people, asking them “not to keep quiet. Even if others keep quiet, if we older people and leaders keep quiet, if the whole world keeps quiet and loses its joy, I ask you: Will you cry out?”

I wish everyone a blessed Holy Week and a joyful Easter Sunday.