Let us be hope for each other - Catholic Courier 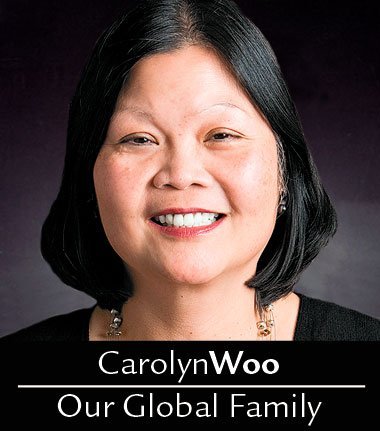 In July I traveled to Serbia, Greece and Lebanon to review the refugee situation now that the borders to Northern Europe are closed. While the flow of people has diminished, it has not ceased. Migration is now largely dependent on traffickers who charge individuals 4,000 to 6,000 euros to facilitate illegal crossings.

Most of the refugees I met in Serbia were young Syrian men in their 20s who were desperate to find work. They were weighed down with the responsibility to families back home who liquidated their belongings to pay for their journeys. Depending on their route, many encountered beatings and confiscation of everything they had. Broken arms and legs attested to this gratuitous brutality and cruelty.

Nevertheless, amid this deep suffering, a spirit of goodness and resilience broke through.

In Lebanon, I met a woman, herself a trafficked victim, who awoke from an accident without memory and missing one leg. Yet she gave thanks for the leg she does have and devoted her energy as a volunteer at a shelter for abused women.

After four years, she joined the staff to build not only the capacity of the ladies for a trade, but also their spirit to imagine and have confidence in a new life. On her days off, she brings home-cooked food to the inmates of a prison. As she told me, there was no other place she would rather be.

The detention center for illegal workers in Lebanon is situated inside an underground garage with no sunlight and minimal ventilation. Five hundred to six hundred detainees are held, sometimes for up to a year, in seven cells so crowded that occupants had to take turns alternating between sleeping and standing.

My first instinct, amid the heat, odor, darkness, sight of people caged and people being booked, was to flee. Yet serving this detention center are nine women from Caritas who provide social and medical care 24/7. The majority of them are in their 20s and 30s.

They move without hesitation into the cells to offer care; their boomboxes broadcast music after 2 p.m. when most of the guards go off duty, and they host celebrations with foods and games on special days. "Angels" I call them. We met with the colonel of the center, who not only praised these women but also formulated a memorandum of understanding that would guarantee Caritas’ long-term presence.

I am happy to say a new above-ground detention center, brightly painted and with dignified accommodations, will open in September. In it is a wing for the Caritas operation. Somehow in the most oppressive physical environment both guards and volunteers found a way to honor the humanity of those being detained.

A woman who fled Kosovo for Serbia 20 years ago spoke of leaving with nothing but a Bible, the only possession her mother believed they needed as they would be in God’s hands. She endured hardships of working without formal papers but noted the kindness of people who took risks to hire her.

Since then, she has retrieved her documents with the help of a CRS partner, Balkans Migration Center, and now owns a business. I asked if her mother was right. She nodded without hesitation: God accompanied them.

A Muslim refugee from Syria who is now living and working in Athens with his family said that if it were all up to him, he would name his newborn daughter "Caritas" for the assistance and kindness his family had received from Caritas Greece. His wife did not quite buy into this, but what a sentiment!

Yes, I have met hope … in person. Let us be hope, with God’s grace, for each other.