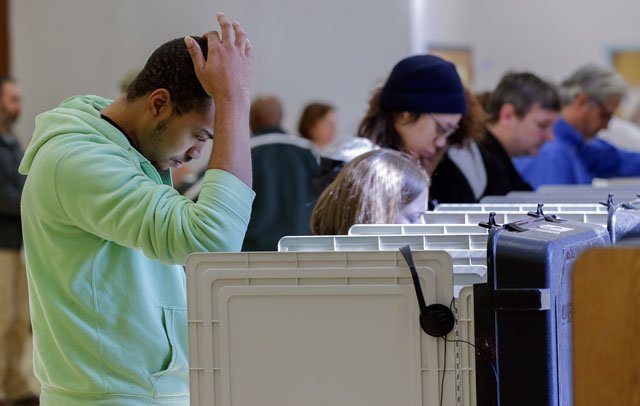 No matter your politics, party, race, age, religion or ethnicity, I hope that every eligible, registered voter gets out to the polls today.

There are no excuses, as free transportation is even made available on this day.

The importance of voting is foremost on my mind, as I have been working on an article about the patterns of Latino voting for El Mensajero Católico‘s new business section, "El Mural de la Comunidad. (The Community Mural.)

You might say to yourself: What does voting have to do with business? A lot.

While some might assume that immigration is the top issue for Hispanics nationally, that is not the case, according to data from the Pew Research Center. In 2014, 49 percent of Hispanics who were polled said the economy is the top issue. But immigration does rank high as well, with two-thirds of registered voters ranking passage of some kind of reform as extremely important, and migrant workers remain the backbone of the agricultural industry.

And elected officials obviously play a role in advocating for or passing legislation that can help or hinder such business owners. And yet, apathy among Latino voters remains. The number of Hispanic eligible voters is now more than 25 million, an increase from 17.3 million voters in 2006, and still voting rates stay flat.

The candidates that can break through that apathy and get more Latinos to the polls may finally wake the sleeping giant that has laid dormant for many years.