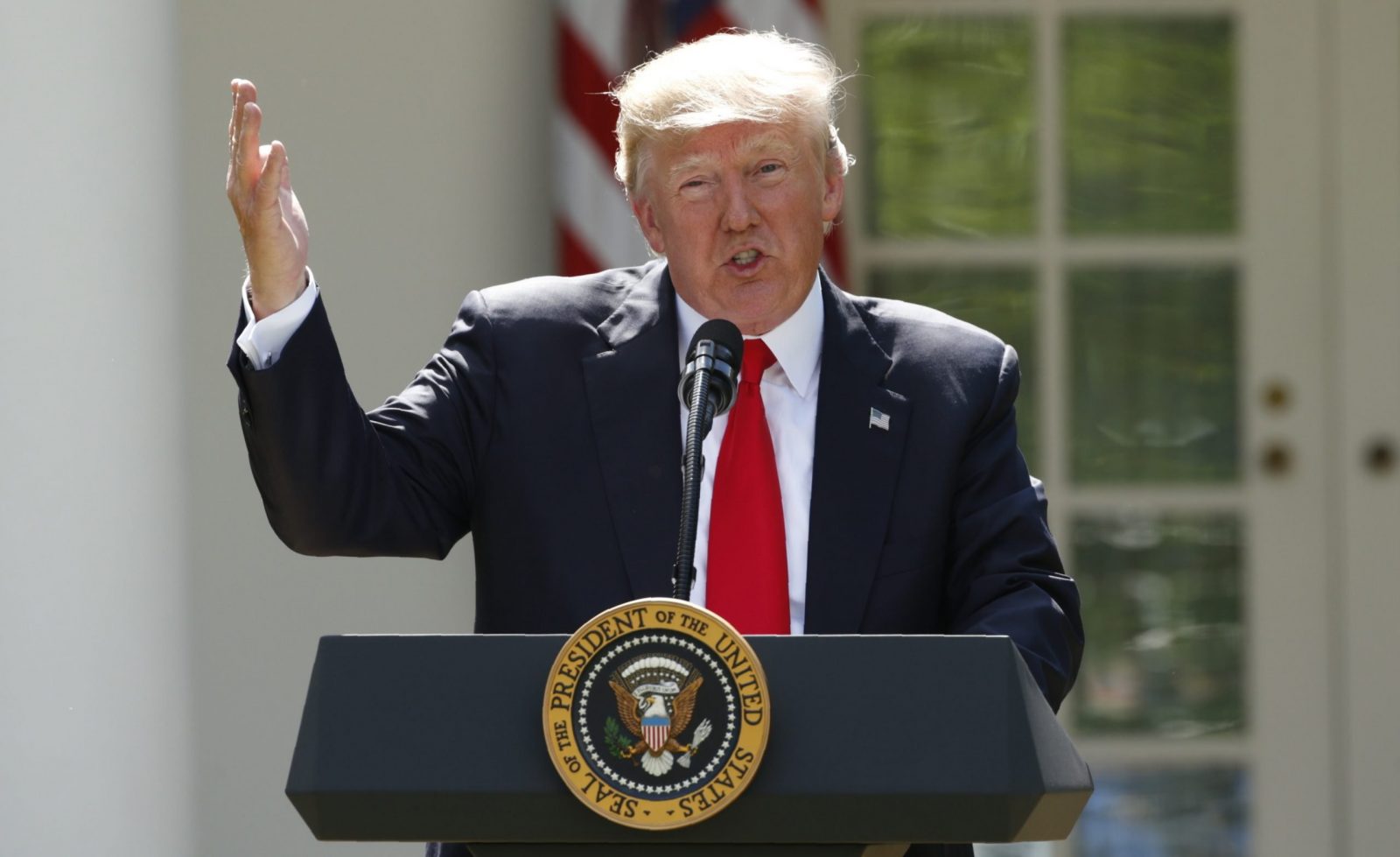 U.S. President Donald Trump announces his decision that the United States will withdraw from the landmark Paris climate agreement June 1 in the Rose Garden of the White House in Washington.

(The Catholic News Service story) “Climate decision decried” in a recent Courier issue implied a looming disaster because of President Trump’s decision to withdraw from the climate change agreement in Paris.

Back in 2008 Dr. Arthur Robinson of the Oregon Institute of Science and Medicine announced that more than 31,000 scientists had signed a petition rejecting the theory of human caused global warming.

Ironically, CO2 (carbon dioxide) is not a pollutant but a necessary component necessary for life on earth.

Also curtailing CO2 emissions would have very little effect on lowering the temperature. It would be an expensive undertaking and the poor would suffer the most.

The lure of government grants play a part in such unscientific procedures. President Trump knew what he was doing.