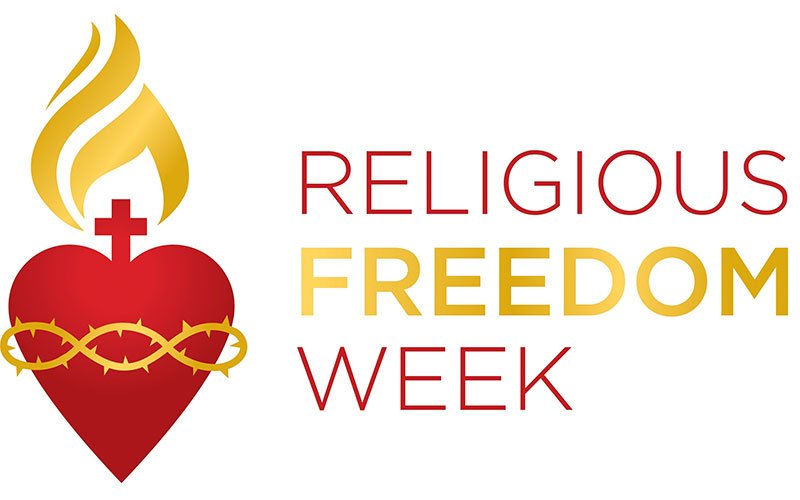 WASHINGTON (CNS) — “Life and Dignity for All” is the theme of this year’s Religious Freedom Week of the U.S. Conference of Catholic Bishops.

The observance opens June 22, the feast day of Sts. Thomas More and John Fisher, both English martyrs who fought religious persecution. The week ends June 29, the feast of Sts. Peter and Paul, and includes the Nativity of St. John the Baptist, which is June 24.

“This year, as we approach the Supreme Court’s decision in Dobbs v. Jackson Women’s Health Organization,” the USCCB “is especially mindful of the debates around our country about abortion,” said a news release about Religious Freedom Week. “The Catholic Church plays a crucial role in bearing witness to the Gospel of life and serving all who will be affected by these discussions and their outcomes.”

The Dobbs case involves a Mississippi law banning abortion after the 15th week of pregnancy. An initial draft of a Supreme Court opinion in the case that was leaked May 2 indicated the high court is set to overturn its Roe v. Wade decision, which 50 years ago legalized abortion nationwide.

The court also is expected to overturn its 1992 ruling in Planned Parenthood v. Casey, which affirmed Roe and prohibited regulations that created an “undue burden” on women seeking an abortion.

If the final ruling in Dobbs v. Jackson Women’s Health Organization overturns Roe and Casey, the issue of abortion would be returned to the states.

Another a major area of concern continues to be protecting the religious freedom of U.S. Catholic institutions, such as schools, hospitals and child welfare service providers, “to carry out their missions with integrity” and in accordance with their religious beliefs, the USCCB news release said.

“In particular, protecting Catholic adoption and foster care will become even more vital, as we take new steps in building a culture of life and dignity for all in the United States,” it said.

“To build a culture of life and dignity for all,” the Catholic Church “must support women and children,” the release added.

To that end, the USCCB’s Committee on Pro-Life Activities in 2020 launched the “Walking with Moms in Need” nationwide initiative. Its aim is “to engage every Catholic parish in providing a safety net to ensure that pregnant and parenting moms have the resources, love and support they need to nurture the lives of their children.”

In starting the initiative, the U.S. bishops said they want to ensure “our Catholic parishes are places of welcome for women facing challenging pregnancies or who find it difficult to care for their children after birth, so that any mother needing assistance will receive life-affirming support and be connected to appropriate programs and resources where she can get help.”

Among its goals is to help Catholics “recognize the needs of pregnant and parenting moms in their communities, enabling parishioners to know these mothers, to listen to them, and to help them obtain the necessities of life for themselves and their children.”

Another focus of Religious Freedom Week is international, the USCCB release said. The USCCB’s Committee for Religious Liberty has collaborated with the Office of International Justice and Peace “to raise awareness about religious liberty in China and in solidarity with people throughout the world who suffer for their faith.”

“Through prayer, education and public action during Religious Freedom Week, the USCCB continues to advocate for the essential right of religious freedom for Catholics and for those of all faiths,” the release added.

Editor’s Note: To connect with the USCCB’s Committee for Religious Liberty, text FREEDOM to 84576 and sign up for First Freedom News, the committee’s monthly newsletter.