Life As We Know It - Catholic Courier 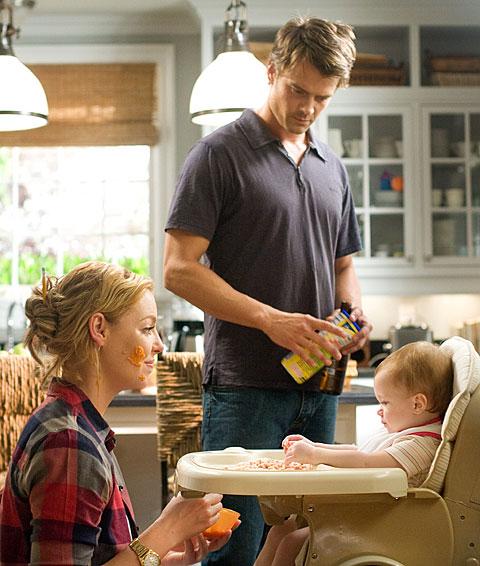 But director Greg Berlanti’s thoroughly predictable yarn of opposites attracting and animosity gradually yielding to a very different emotion also showcases a variety of lifestyle choices — and of more impromptu decisions — at variance with traditional morality.

Eric and Holly have been set up by the Novacks (Christina Hendricks and Hayes MacArthur), the soon-to-be happily married couple with whom each is best friends. As their disastrous blind date — during which Eric using his cell phone to arrange a sleepover tryst with another gal as soon as he can get away from Holly — makes painfully clear, however, the Novacks are all these two are ever likely to have in common.

Vignettes of Eric and Holly demonstrating their mutual dislike at social events surrounding the Novacks’ wedding and the birth of their daughter, Sophie (played by triplets Alexis, Brynn and Brooke Clagett), carry us forward to the present and to the news that a terrible accident has left Sophie an orphan. Her joint guardians under the terms of the Novacks’ wills, it need hardly be said, are her quarrelsome godparents, Eric and Holly.

Their caustic relationship initially keeps the unusual household that results — as the ill-matched duo move into the Novacks’ old home and struggle to cope with sudden-onset parenthood — from becoming an objectionable arrangement. But further complications involving the shift in their feelings, as well as Holly’s competing interest in Sophie’s pediatrician, Sam (Josh Lucas), lead to the crossing of several moral boundaries.

Add to this scenes illustrating Eric’s heedless lifestyle — the subject of some of the script’s more questionable one-liners — and the presence, among the central pair’s eccentric collection of new-found neighbors, of two homosexual partners whose bond is treated as equivalent to those of their married friends, and "Life As We Know It" ends up falling far short of life as it should be.

The film contains brief nongraphic premarital sexual activity, implied casual encounters and cohabitation, an incidental gay relationship, drug use, much sexual and some scatological humor, at least one use of profanity, a couple of rough terms and frequent crude or crass language. The Catholic News Service classification is L — limited adult audience, films whose problematic content many adults would find troubling. The Motion Picture Association of America rating is PG-13 — parents strongly cautioned. Some material may be inappropriate for children under 13.