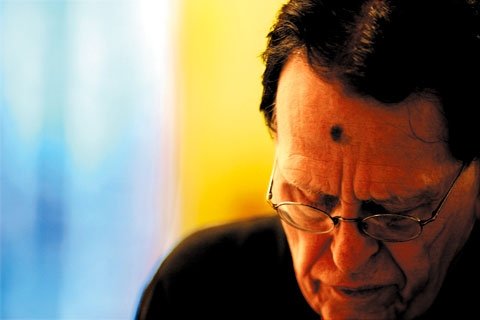 Although Faith and Mike Tarby of Elmira have been involved in parish social ministry for decades, it wasn’t until they began to travel the world that they began to get interested in global solidarity.

"We enjoyed going to other countries, but it piqued our interest in developing countries and the differences in what they had and what we have," said Faith Tarby, a member of Blessed Sacrament Parish in Elmira.

That awareness of the gap between the rich and poor led the Tarbys to help organize the global-solidarity team of their parish’s social-ministry committee.

In recent years, the Tarbys and other members of the global-solidarity team have encouraged Blessed Sacrament Parish to increase its support of Catholic Relief Services programs from Lenten-only Operation Rice Bowl donations to year-round efforts.

In addition to the once-a-year rice bowl fundraising effort, the parish now hosts sales of goods made by CRS beneficiaries, prays for CRS intentions, uses fair-trade coffee at events, and sponsors talks by priests and deacons who have witnessed CRS programs firsthand.

The parish’s effort to expand Lenten devotions to last all year long is one example of how Lent can help deepen people’s discipleship. That should be the goal of any Lenten practice, whether it is prayer, fasting or almsgiving, said Father Robert Kennedy, pastor of Blessed Sacrament Parish in Rochester.

"Lent isn’t just about giving up candy, but trying to renew our spirits in the image of Christ," he said.

For example, fasting during Lent reminds us of our hunger for Christ — a message that can be lived out at any time of year, Father Kennedy said.

Lent is aimed at preparing Christians for full participation in all the sacraments, noted Deacon John Brasley.

During Lent, unbaptized catechumens are making final preparations to join the church through baptism at the Easter Vigil, while the faithful are living out their baptismal call through prayer and penance, Father Kennedy said.

Baptisms at the Easter Vigil are some of the high points of the liturgical year that often "wow" participants, he said, but he noted that the Eucharist’s central focus in the celebration cannot be overlooked.

"The Lent and Easter season is arranged around the church’s practices of Christian initiation, and the core point of that is coming and sharing Communion," he said.

He noted that the Easter season:

"The same question is for us: how do we bring the Risen Christ to the World?" he asked.

Lent also can serve as a model of how we can prepare for Mass throughout the year, especially with impending changes in the Mass translation.

"Certainly the centerpiece of this season of Lent and Easter is a celebration of Christ’s death and resurrection during Holy Week and Easter Sunday, and that of course is the central mystery that we celebrate (year-round) in the Mass," Father Kennedy said.

Deacon Brasley noted that one way to prepare ourselves for Mass is by reflecting on the readings ahead of time.

"That helps us predispose ourselves for hearing the Word of God and allowing it to influence our lives and enrich our lives," he said.

Lent and Easter also help to prepare us for the fulfillment of God’s promises in the world to come, Father Kennedy said. The vision of resurrection delivered during Easter propels believers into the future with joy and confidence, he said.

"While we remember the Last Supper at Mass, we are anticipating the heavenly banquet in the present moment as we celebrate the Eucharist," Father Kennedy said. "It’s not like trying to replay the Last Supper. That was a once-only event. What we are doing now is remembering that, but looking forward to the future."

The sense of being called for a heavenly banquet has been incorporated into the new English translation of the Roman Missal, which will begin to be used in Advent of 2011, Father Kennedy said. In that translation, the priest will say, "Behold the Lamb of God, Behold him who takes away the sins of the world. Blessed are those called to the supper of the Lamb." In the past, the translation focused on being called to the Eucharistic supper at Mass, he said.

Even though some of the words said at Mass will change next Advent, Father Kennedy noted that key elements of the Mass will remain the same.