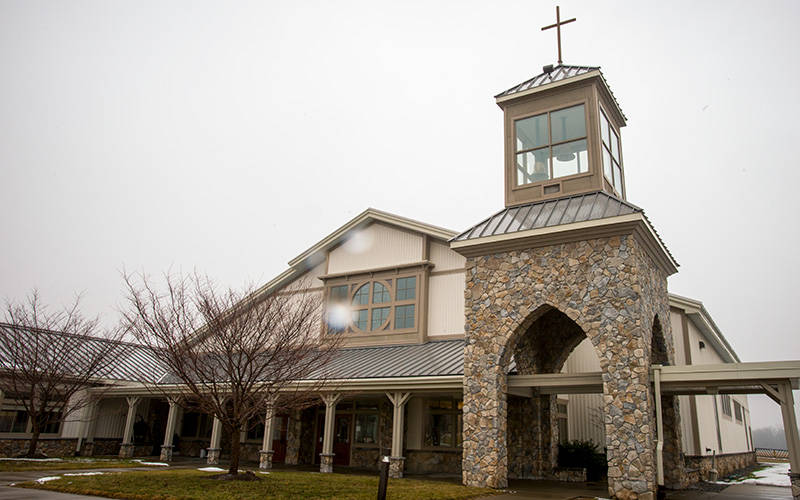 Even though the annual Eat for Heat fundraiser at Livonia’s St. Matthew Church was cancelled this year due to COVID-19, funds are still being sought to help those who cannot afford their heating bills. (Courier file photo)

Eat for Heat has been a popular mid-winter fundraiser over the past 15 years, providing financial support for Livingston County residents who struggle to make utility payments.

The annual spaghetti dinner has taken a break in 2021, due to health concerns related to the coronavirus pandemic. However, Amy Patterson pointed out that the needs of local individuals and families are ongoing.

Patterson, who serves as director of daily operations for Catholic Charities of Steuben/Livingston, said the COVID-19 crisis has spurred financial problems related to such issues as employment loss and reduced work hours. She stated that “the need is greater than it’s ever been,” with a growing number of people unable to successfully juggle their monthly bills.

With Eat for Heat sidelined this year, Patterson is imploring would-be participants to donate in other ways. For instance, donors are able to make online contributions toward a heating fund overseen by Catholic Charities, or they can mail checks to the agency. Patterson emphasized that all donations will stay in Livingston County, supporting the Help*Works program that provides a wide range of direct emergency financial assistance. Patterson added that the pressure to satisfy utility bills is especially acute at this time of year, with colder weather resulting in higher costs.

In June 2020, Gov. Andrew Cuomo signed legislation declaring a statewide moratorium on utility shutoffs from energy providers; however, the moratorium is due to expire on March 31. In addition, Patterson pointed out that even though the moratorium has provided residents with temporary protection, they will still be responsible for back expenses accrued during this period in addition to new charges. Therefore, she said, contributions normally derived from the Eat for Heat fundraiser remain greatly welcomed.

Patterson noted that an Eat for Heat event had initially been scheduled for this past Jan. 30 at St. Matthew Church in Livonia, with take-out-only spaghetti dinners being offered for $20 each and 100 percent of the profits going to Catholic Charities. However, she explained, organizers became concerned about the risk of COVID-19 transmission among volunteers and decided it was best to cancel the fundraiser.

“What it all boiled down to was making sure the St. Matthew volunteers were safe. God forbid should anybody get sick,” Patterson said.

St. Matthew’s Eat for Heat event has been a big draw since the first one was conducted in 2006. That inaugural event proved so successful that it quickly became an annual gathering, expanding over the years to include a silent auction, live music, and the availability of both in-person and take-out dining. Eat for Heat guests have hailed from many parts of Livingston County, and additional support has come from church communities and civic groups. A large percentage of the food and auction items are donated, and even people who don’t attend the dinner end up making cash contributions. At the heart of this community endeavor has been St. Matthew Parish, which annually provides its facilities as well as several dozen volunteers involved with preparing, cooking and serving the dinners as well as cleaning up.

Last year’s Eat for Heat raised approximately $6,000, according to Patterson. The funds were put toward helping 11 families (16 adults and 14 children) with their heating bills and assisting one family in buying a new heating unit. Patterson said she’s looking forward to similarly positive outcomes when Eat for Heat makes its expected return in the winter of 2022.

“We will plan to have it next year. It’s a wonderful event,” she said.