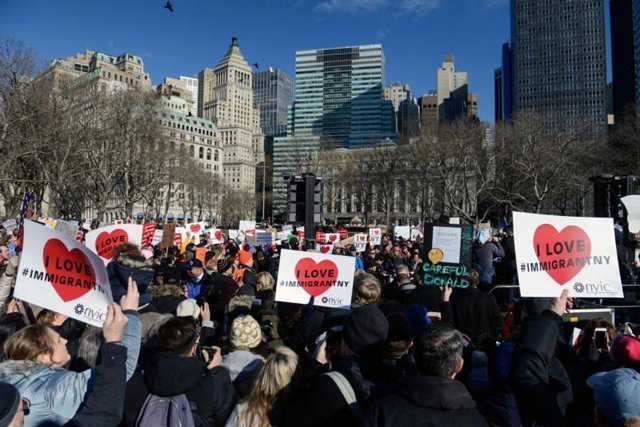 The Jan. 27 document, titled "The Protection of the Nation From Foreign Terrorist Entry Into the United States," suspends the nation’s Refugee Admissions Program for 120 days and bans citizens from Syria, Iraq, Iran, Sudan, Libya, Yemen and Somalia from entering the nation for 90 days. The order also proposes prioritizing applications from refugees who are members of religious minorities in their own nations.

Catholic Family Center, which has a longstanding refugee resettlement program and is the sponsoring agency for all refugees resettled in Rochester, stands in opposition to the executive order and in solidarity with refugees both in the Rochester region and around the world, according to a Jan. 27 statement from the agency.

"We at CFC see firsthand how our community is enhanced by the arrival of our newest Americans who come seeking peace and opportunity and through their diversity bring new color to the fabric of our community," according to the agency’s statement. "The executive order signed today by the president declares a contrary and dehumanizing view of refugees as a threat and unworthy of the freedoms that we enjoy as Americans. It is a disavowal of our unique place in the world as a nation whose founding and historical essence are based on the idea that America provides safe haven to those suffering from violence and persecution."

"Our hearts go out to refugees around the world who had expected to escape the deprivation of a refugee camp and travel to America, possibly to join loved ones from whom they had been previously separated, but will learn today that they will remain for an indefinite period in precarious situations where their lives may be threatened," Catholic Family Center’s leaders stated. "We call on our community, people of faith and our political leaders to lend their voices in opposition to this directive so that we may restore America’s standing as a world leader in refugee protection and renew America’s promise to the world’s dispossessed."