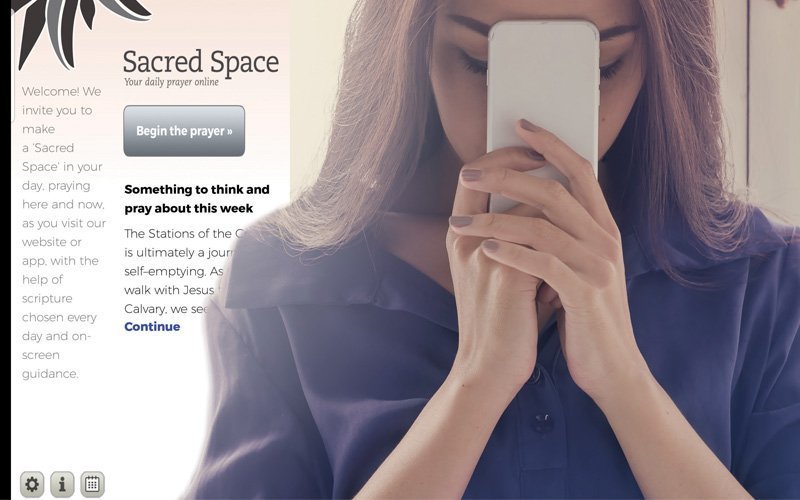 Did you enter into the Lenten season with the best of intentions, only to somehow lose focus along the way?

Is your smartphone in either your pocket or your hand for a good portion of the day?

If you answered either of those questions in the affirmative, you may be able to harness your smartphone to help you engage in the traditional Lenten practices of prayer, fasting and almsgiving.

For years Catholic Relief Services has been providing a way to participate in all three of these practices through its annual Rice Bowl campaign. The cardboard “rice bowls” used to collect donations have become a common sight for many parishioners, and the campaign also has a mobile app that can be used by itself or in conjunction with the traditional cardboard containers.

“The CRS Rice Bowl app is great for Lent,” remarked Deacon Kevin Carges of Our Lady of Peace Parish in Geneva.

The app contains recipes, videos and daily reflections and provides ways to donate electronically, so app users may participate in the campaign without actually filling the cardboard bowls. The app will track users’ progress toward achieving goals they set for their electronic Rice Bowl donations, and also allows users to set up alerts on their phones that will remind them to check the app daily or weekly.

Available in both English and Spanish, the CRS Rice Bowl app is a free download available from both iTunes and Google Play.

Local Catholics use a variety of other mobile apps to enhance their Lenten experiences, including the following, which all are available as free downloads from iTunes and Google Play:

Pope Francis unveiled this app in January during one of his audiences in St. Peter’s Square. A part of the Vatican’s Pope’s Worldwide Prayer Network (www.popesprayer.va), the app allows users to learn about the pope’s monthly prayer intentions and join in prayer for them.

In March Pope Francis was praying that Christian communities, especially those that are persecuted, would feel they are close to God and have their rights respected. The app gives a suggested prayer for users to pray for this intention as well as several suggested actions users can take in relation to this prayer. As of March 26, more than 92,000 people had joined the pope in his March prayer.

One of those people is Barb Legere, youth minister at St. Pius Tenth Parish in Chili. Legere said that this app brings prayer into the social-media age and unites users in prayer with the pope and with others around the world.

“It really reinforces the sense of digital community,” she said.

Click to Pray users may share their own prayer intentions on the app, which will show how many other users elected to pray for these intentions.

Legere also uses Laudete, which she said is “the go-to app for all things Catholic.” The app displays the daily Mass readings as well as Bible verses and saints for each day. It also guides users through the order of the Mass, as excerpted from the Roman Missal, as well as the Liturgy of the Hours, the rosary, the Stations of the Cross, and a number of prayers in both English and Latin.

“I use this most often for its easy connection to the Mass and the daily readings, but also to look up prayers like the Angelus or Memorare that I can never quite remember,” Legere said.

This app helps users make a dedicated time for prayer each day and provides Scripture passages, prompts and reflections to help them do so. During Lent, the app also provides a series of longer reflections as a sort of virtual retreat, noted Jeanne Mooney, Faith For Life director at St. Joseph Parish in Penfield.

“The format fits well into my daily prayer, and I can go at my own pace. ‚Ä¶ It’s very thought-provoking,” Mooney said.