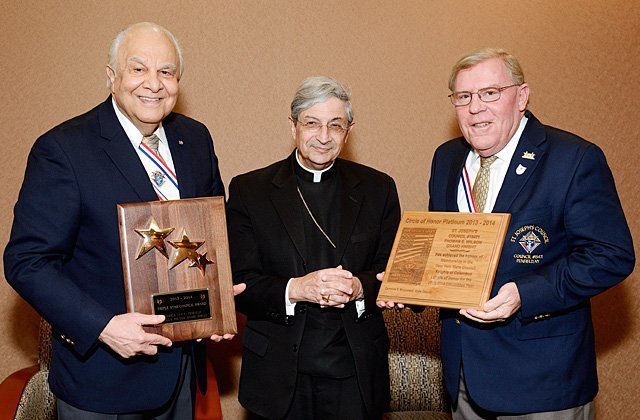 Knights of Columbus Council #15471, based at Penfield’s St. Joseph Church, was honored twice in recent months. In August the council received the New York State Circle of Honor Platinum Award, the highest award given to Knights of Columbus in New York State. And in October the council was presented with the Triple Star Award, an award give to only 1% of councils worldwide.

According to Grand Knight Vito Vitelli, the awards were earned through exceptional membership growth and outstanding activity in church, family, culture of life and youth activities. Members are especially proud of their social outreach, which includes blood drives, winter coat drives and handing out meals to the homeless.