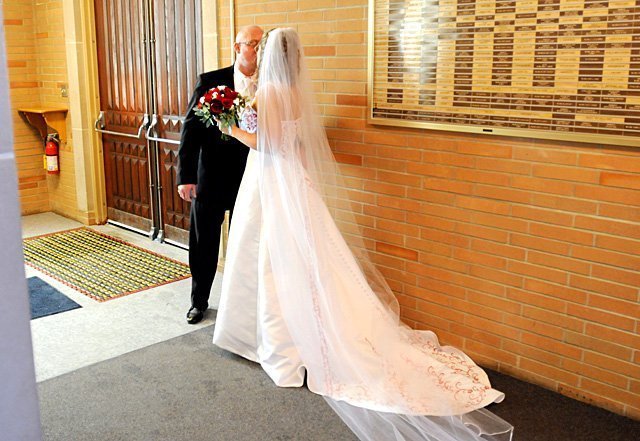 When a man marries a woman, he "leaves his father and mother and clings to his wife, and the two of them become one body," according to Genesis 2:24.

The wedding ceremony is starting point of a lifelong journey for a new husband and wife, but the path of their vocation is not one they must travel alone. The Diocese of Rochester is home to several programs intended to support couples at every stage of that journey, from couples who’ve been married for three years and are looking to enhance their relationship to couples hoping to save marriages that are teetering on the brink of divorce.

Among the most well-known of those programs are Worldwide Marriage Encounter and Retrouvaille, which share common roots but are intended for couples at different stages in their marriages. Marriage Encounter is for husbands and wives who love each other and are in good marriages, even though they may be facing a few problems, said Deacon John Brasley, diocesan director of deacon personnel. Deacon Brasley and his wife, Belinda, made their first Marriage Encounter weekend in the early 1990s and now are spiritual directors for the local Marriage Encounter chapter.

"There’s a misconception sometimes that Marriage Encounter is for couples in trouble. It’s really not," Deacon Brasley said. "It’s just a way to reconnect or rediscover each other."

Spouses participating in Marriage Encounter weekends listen to presentations by married couples and priests and are given plenty of time to reflect privately on what they’ve heard and then discuss those topics as individual couples. They are not expected to share their thoughts in large-group discussions, although they’re welcome to discuss things with other couples during mealtimes if they so choose, Deacon Brasley said.

"They talk about different aspects of marriage, but a big focus is on communication," said Deacon Brasley, who noted that he and his wife still use the principles they learned during their Marriage Encounter weekend more than 20 years ago.

The weekend retreats usually help participating couples remember that marriage is a sacrament, and that God wants them to find joy in their vocation, he added. Couples benefit from having an entire weekend to focus on each other without the distractions of their everyday lives, and they can use what they’ve learned on retreat when they go back to those lives, he said.

"If people call and say they’re having a problem communicating, I’ll tell them Marriage Encounter is your thing. If you have hurts in your marriage, then Retrouvaille is for you," Skerrett said, noting that some spouses who come to Retrouvaille weekends don’t even want to be in the same room with each other, or have divorce papers in the car but are making a last-ditch effort to save their marriage.

Support for these couples doesn’t end once the weekend is over, Skerrett added. Retrouvaille’s team couples, who all have overcome serious problems in their own marriages, meet with participating couples once a week for six weeks and discuss such topics as conflict resolution and personality styles. After the six weeks is over, couples who decide to stay together are invited to attend monthly support-group meetings, Skerrett said, noting that the Retrouvaille program is built on the four pillars of forgiveness, love, commitment and trust.

Communication is a key part of both programs, and also plays a big role in a Spanish-language program that for the past two years has been offered to couples within the diocese’s Hispanic community, according to Elizabeth Johnston, intercultural program specialist in the diocesan Office of Parish and Clergy Services. "Eres My Media Naranja" ("You Are My Better Half") is open to both married and nonmarried Hispanic couples in the hopes that the retreat will help couples who may be considering marriage.

"One of the topics is the sacrament of marriage and the grace of being married in the church," Johnston said, noting that other topics include faith in God, open communication, fidelity and family.