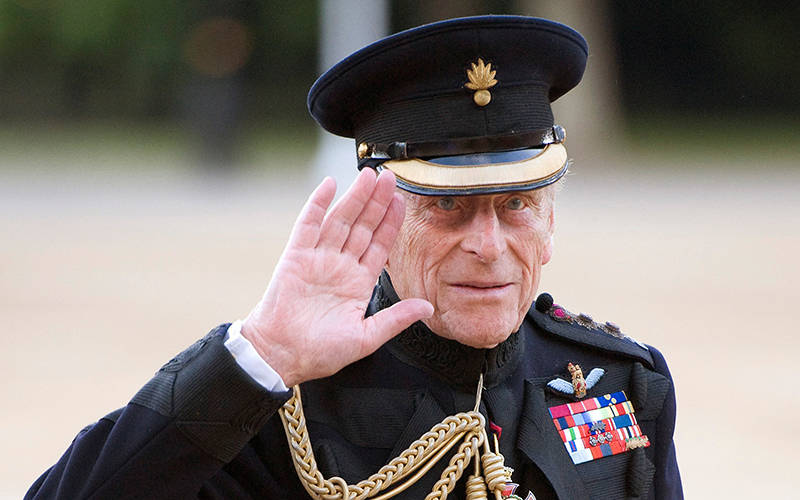 The president of the Bishops’ Conference of England and Wales issued a statement April 9, soon after the queen announced “with deep sorrow” that her husband of 73 years had died at the age of 99.

“At this moment of sadness and loss, I pray for the repose of the soul of Prince Philip, Her Majesty the Queen’s faithful and loyal husband,” said Cardinal Nichols in a statement posted on the website of the English and Welsh bishops’ conference.

“I pray for the queen and all of the royal family,” he said. “How much we will miss Prince Philip’s presence and character, so full of life and vigor. He has been an example of steadfast loyalty and duty cheerfully given. May he rest in peace.”

Cardinal Pietro Parolin, Vatican secretary of state, sent a message of condolence to Queen Elizabeth, saying that “Pope Francis offers heartfelt condolences to your majesty and the members of the royal family.”

“Recalling Prince Philip’s devotion to his marriage and family, his distinguished record of public service and his commitment to the education and advancement of future generations, His Holiness commends him to the merciful love of Christ our redeemer,” said the message, released April 10.

In 2014, the royal couple met for 30 minutes at the Vatican with Pope Francis. When the pope gave Prince Philip a series of three medals of his pontificate, the prince thanked him, joking, “It’s the only gold medal I’ve ever won.”

Queen Elizabeth gave the pope a large basket of food from the estates surrounding her homes; the basket included a bottle of Balmoral whiskey. Prince Philip held up the whiskey, explaining what it was, then picked up another bottle and said, “It’s apple juice.”

Prince Philip, the Duke of Edinburgh, was admitted to a hospital in mid-February for treatment over 28 days for an infection and preexisting heart condition but “passed away peacefully this morning at Windsor Castle,” according to a statement issued by Buckingham Palace.

“The royal family join with people around the world in mourning his loss,” the statement added.

The prince was last seen in public leaving the hospital March 16. He was due to celebrate his 100th birthday June 10.

The queen, 94, is now expected to enter an eight-day period of mourning, during which affairs of state will be suspended.

A royal ceremonial funeral is likely to take place at Windsor, in accordance with the wishes of the prince, with a military procession taking place in London.

Archbishop Justin Welby of Canterbury, speaking on behalf of the worldwide Anglican Communion, also paid tribute to the prince, saying he wished to “give thanks to God for his extraordinary life of dedicated service.”

“He consistently put the interests of others ahead of his own and, in so doing, provided an outstanding example of Christian service,” he said. “During his naval career, in which he served with distinction in the Second World War, he won the respect of his peers as an outstanding officer.

“In his powerful advocacy for conservation, his was a prophetic voice for over half a century, as he brought people from around the world to a new concern and commitment to action for the future of our planet,” he said.

Prince Philip, who was of Danish and Greek blood, was the longest-serving consort in British history, marrying Elizabeth in November 1947 and serving at her side until his retirement in 2017.

A father of four, his eldest son, Prince Charles, the heir to the throne, is now 72. The youngest of his family is August, the son of the Princess Eugenie, who was born Feb. 9, the 10th of the prince’s great-grandchildren.