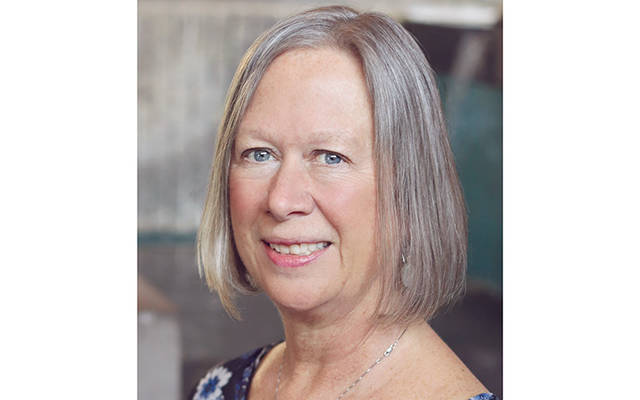 Laura Opelt is set to retire Dec. 31 from her role as associate diocesan director of Catholic Charities.

While in college, Laura Opelt sensed a growing awareness of how she would define success in her future career.

“My heartstrings were pulling me toward human services work — doing something where you can really see the difference it made in people’s lives,” she recalled.

“To be able to have been a part of Catholic Charities’ work has been hugely rewarding to me,” she said.

Opelt, 63, is a native of Corning and graduate of Dundee High School. In 1983 she earned a bachelor’s degree in human services management from Keuka College. One year later, she became director of Steuben County’s Retired and Senior Volunteer Program, a position she would hold for the next 14 years.

During her 20-plus years, Opelt oversaw substantial expansion as the agency increased its annual budget from $200,000 to its present total of $7 million. Indeed, Catholic Charities of Steuben’s website lists more than two dozen services available that support children and families; promote substance-free living; and aid community members in such areas as food, housing, financial assistance, medication, counseling and referrals.

“The number of people we’re able to serve, as a result of the growth, has gone from maybe 200 when I started to now being in the thousands,” Opelt said.

Although she guided the work, Opelt emphasized that credit should go to every level of the Catholic Charities operation.

“You don’t do anything by yourself,” she said. “I have always been so proud of all the work of Catholic Charities. I’m in awe of the incredible leadership and talent, not only executive and leadership staff but all staff in the organization. An organization is only as good as its services. Gracious, kindhearted, compassionate — the staff has to embody the values of Catholic Charities in order to be effective.”

In July 2019, Opelt became associate director of diocesan Catholic Charities, supporting directors at Southern Tier-based agencies and serving as a diocesan liaison with those agencies’ boards and committees. Although Opelt began her new role on a part-time basis, she ended up working full time due to also serving as interim executive director of Catholic Charities of Chemung/Schuyler from October 2019 to May 2020; she shifted back to part-time status in June.

Opelt said that she had planned to work for at least another couple of years, but a tragic occurrence got her thinking differently: This past April 7, her husband, Steven Dreiling, died from complications due to the COVID-19 virus.

“Really, that changed my life in so many different ways,” she said, noting that as she reevaluated her priorities going forward, she felt a strong pull toward spending more time with family and friends and possibly doing some traveling.

“I’m so fortunate to have my adult children living in the area. I have four grandchildren, and I want to be a part of their lives,” explained Opelt, who resides in Hammondsport and is a member of St. John Vianney Parish.

As a result, Opelt has opted for retirement, with her associate director duties to be absorbed by Jack Balinsky, diocesan director of Catholic Charities. However, Opelt said that as time goes on, she expects to once again become involved in some sort of effort making a positive difference in the community.

“I don’t know what it is, but I’m just going to let it come to me and let it unfold, and I’ll recognize it,” she remarked.