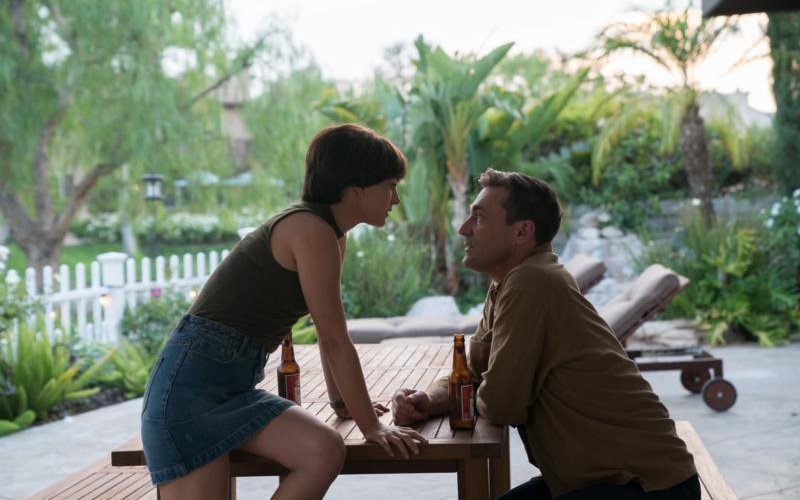 Natalie Portman and Jon Hamm star in a scene from the movie "Lucy in the Sky." (CNS photo by Fox)

NEW YORK (CNS) — Something about the experience of outer space has a way of altering earthbound judgments. “Lucy in the Sky,” (Fox Searchlight), a drama based loosely on a real-life love triangle involving astronaut Lisa Nowak, attempts to portray this.

A robotics specialist on the space shuttle, Nowak — here renamed Lucy Cola (Natalie Portman) — is best known for a frantic nonstop 900-mile drive from Texas to Florida in 2007. Under stress from the breakup of an extramarital romance and from being denied a mission, she was out to confront her lover’s new girlfriend, with the alleged intent of kidnapping her.

She was hardly the first astronaut to suffer emotional turmoil before or after a mission — or the first with marital problems. But she became the first to be arrested.

She had diapers with her — to avoid rest stops, she told police. This morphed into a tawdry story that she made the drive wearing the adult diapers used by astronauts. This particular plot point is absent from the film.

Directed by Noah Hawley from a script by Brian C. Brown and Elliott DiGuiseppi, Lucy is portrayed as a spunky overachiever. She has a domineering, chain-smoking grandmother, Nana Holbrook (Ellen Burstyn), and an affectionate — if dull — husband, Drew (Dan Stevens).

Can a gal still find happiness after seeing the cosmos? Not here. In space, Lucy reflects, “You see the universe” and realize “we’re so small.”

The banalities of everyday life then seem even more trite: “You go to Applebee’s? You clip your toenails?”

Lucy seeks to fill her nagging emotional emptiness through an affair with a colleague, Mark Goodwin (Jon Hamm). But her deft organizational skills decay into obsessive behavior, after which Mark diverts his amorous attentions to another spacewoman, Erin Eccles (Zazie Beetz). He also recommends, as Lucy eventually discovers, that she not be sent into space again.

The plot lacks a cogent explanation for how lengthy stays in orbit corrode personalities — other than by creating tremendous emotions that can’t be replicated later. And Lucy’s romantic dilemma is the stuff of many a Lifetime movie. Though her iron will is attractive, her bad decisions remain difficult to understand.

The film contains a couple of scenes of implied adulterous activity and fleeting rough and crass language. The Catholic News Service classification is A-III — adults. The Motion Picture Association of America rating is R — restricted. Under 17 requires accompanying parent or adult guardian.