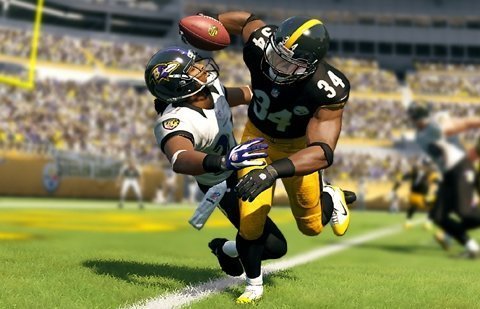 NEW YORK (CNS) — Every year, the video game industry welcomes a new addition to the Madden franchise. Classic gamers receive these installments grudgingly, expecting no more than the odd tweak on the previous version. But some mainstream and casual gamers make it an annual tradition to buy the latest product from Electronic Arts.

This year, "Madden NFL 13" (EA Sports) seems to offer a significant exception to the low expectations routinely laid out by the vintage-gaming community. Like any other franchise that releases a title every year, the alterations in each edition have generally seemed nominal, and have not tended to lend themselves to a change in the overall gameplay. Thus most console titles don’t include a video dedicated to explaining the minor differences in each annual update.

"Madden NFL 13" does include such a video — and this year, it could be worth watching. The developers for Madden are proud to reveal the latest way to provide a real simulation of physical sport: the Infinity Physics Engine. Since a physics engine is what implements realistic movement in a virtual environment, this aspect of the game is vital, especially given the amount of impact involved in the average football game.

The new engine does indeed alter the Madden experience. In previous iterations, the figures on screen would often shift and move like foosball pieces, retaining no momentum from the speed they had reached prior to contact with another character. Now, players clearly dig and drive their feet when they want to make a tackle, and blocking is nowhere near as easy as it was in the past.

So, as a runner, following lead blockers is crucial. And as a quarterback, leading a wide receiver is essential.

The video game industry has recently emphasized the role of each individual character — as evident in the first-person perspectives of "Skyrim" and "Call of Duty." While controlling an entire football team was popular on early systems, the designers at EA have now focused on the individual player, and have even personalized the coaching dimension of the game.

Gamers can now customize a new coach and call the plays in classic Madden style, shifting control from one player on the field to another. They can also choose either to create a player of their own invention, or take to the field as their favorite real-life gridder. This aspect of Madden debuted in "Madden NFL 12," and has been retained in this release.

The less than savory lyrics of the gaudy hip-hop music that accompanied "Madden NFL 12" — requiring an A-II classification for that edition of the franchise — are blissfully absent in this year’s model. Instead, powerful classical music provides a sophisticated ambiance. The game includes mild sporting violence.

The Catholic News Service classification is A-I–general patronage. The Entertainment Software Rating Board rating is E– Everyone.