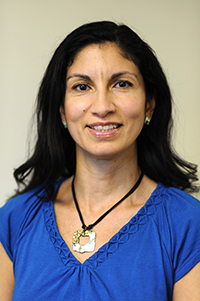 A story of mine that ran in January’s issue of El Mensajero Católico elicited an unexpected response from a reader.

The picture showed a panel of speakers seated at a table and an American flag draped on the floor in front of them.

The caller said he had served in the Korean War and could not believe that we would dare publish an image of the flag being desecrated. I explained that our job as journalists is to tell a story about what happens in our communities. Photographs are obviously an important aspect of that coverage because we all know the old adage, "A picture is worth a thousand words."

He did not seem interested in hearing that the flag was a symbol of the justice that too many people in our country don’t receive, as discussed during the Human Rights Day event that was organized by the human-rights committee of the Rochester Committee on Latin America. The Rev. Marvin McMickle, the keynote speaker, also gave a stirring talk as he reflected on Michelle Alexander’s book, The New Jim Crow: Mass Incarceration in the Age of Colorblindness.

The caller simply seemed satisfied to vent his opinion to me, which I did share with our editors. But I wish he had taken my advice to write a letter to the editor and mail it to us or post a response to the story on our website. He also could have posted a comment on our Facebook page.

Readers can play a much bigger role in our 21st century world if they so choose. I welcome their feedback, whatever technology suits them best!