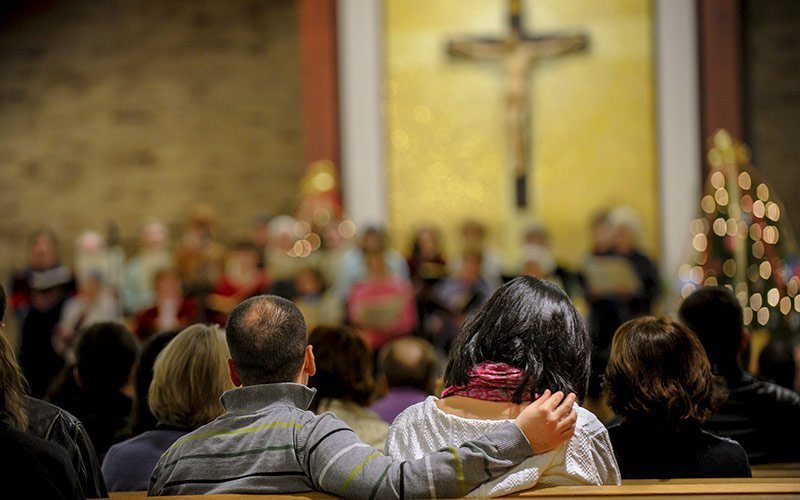 Recently, at a church near my home, I slid into a crowded chapel just before Friday-morning Mass began. A few minutes into the liturgy, a family of seven or eight — including a couple of toddlers — showed up. They stood in the back because there was seemingly no other option, until a woman guided them toward her seating area and asked those nearby to shift around so the family could sit somewhat together.

It wasn’t lost upon me that she ignored the temptation to pass judgment because the family was late and the little ones were making noise, not to mention they were all of foreign descent.

The scene made me think of an article I had just written for the December 2017 Catholic Courier about parishes that strive to have “room at the inn,” so to speak — embracing all who show up. The woman’s gesture was seemingly simple, but told me a lot.

Mainly, it reminded me to work harder on my initial thoughts and actions toward fellow Mass-goers. Am I prone to welcoming, or judging — clucking my tongue about folks who stand out due to their mannerisms, physical appearance or something else that I deem to be “wrong?”

It’s not always easy when distractions pop up, but I admire how the woman acted on her instincts, knowing that the Catholic Church is not an exclusive club that requires perfection for anyone seeking membership.

Far from it, as Jesus demonstrated time and again through his penchant for hanging out with the so-called sinners and misfits of his day. He welcomed first and worried about the rules and regulations later.

What would Jesus do, we ask? Exactly what that woman did at Mass, I’d say.