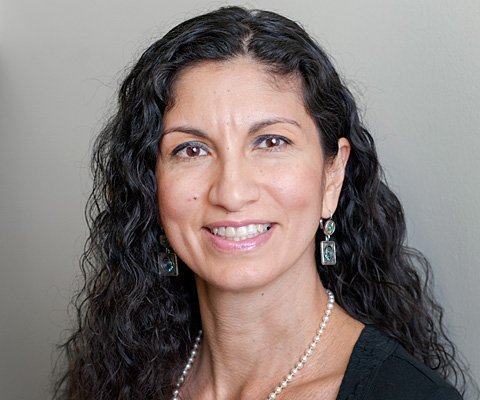 Imagine you and your husband are raising three children to be respectful, well-educated, contributing members of society.

You are white and your husband is from Kenya. And while your son is only 8, you already worry what would happen if he someday happens to find himself in the wrong place at the wrong time.

Those are the real fears for Jen Njenga of Pittsford, who is originally from Detroit and moved to the area after her husband was hired by Nazareth College. She was among 25 people who participated in "Conversations of Race: A Process of Discovery" led by Rochester ACTS (Alliance of Churches Transforming Society) and ACT Rochester, which has done extensive research on poverty and race. Church of the Assumption in Fairport hosted the workshop.

Usually at such events, I listen and report. But the group was so small that when it broke into smaller groups to answer a series of guided questions, I decided to join in.

I know what it’s like to be the only Latino in a group, in a classroom, in a workshop. I’ve been stared at because I’m speaking Spanish to my mother or a friend. I’ve been called a "spic."

Some of the people who took part June 1 don’t experience any diversity in any aspect of their lives, so for them to hear my perspective or Jen’s story is valuable in itself. But I could hardly believe that Assumption is the first Catholic parish to lead such a conversation. Why aren’t more churches doing this? Suburban churches often provide financial support to urban parishes, but would they ever visit those neighborhoods?

Talk at some point has to become action. What are you willing to do today to make the world a better place for families like the Njengas?