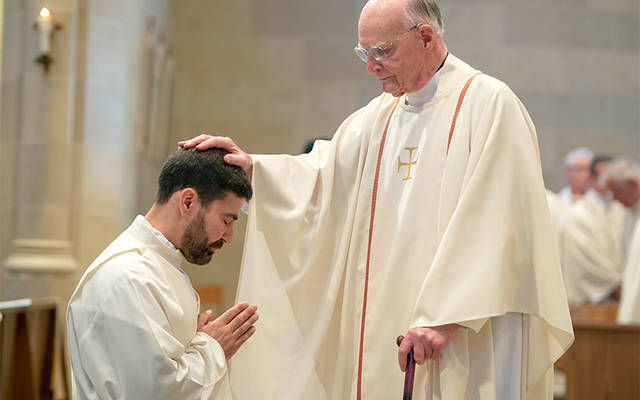 The June 2 priestly ordination of Father Jeff Chichester from Mount Morris, Livingston County, has added to the ranks of priests who claim the Southern Tier as their home turf.

In all, 20 current diocesan priests — both active and those who have reached senior status — hail from the Courier’s six-county Southern Tier coverage area of Chemung, Livingston, Schuyler, Steuben, Tioga and Tompkins. And, more are on the way: During this past year, Father Chichester and five other men from the Tier made up more than half of the diocese’s 11 seminarians.

Here are the Tier priests along with their home parishes, years of ordination and current ministerial statuses:

The five Tier seminarians currently preparing for priesthood in the Diocese of Rochester are: