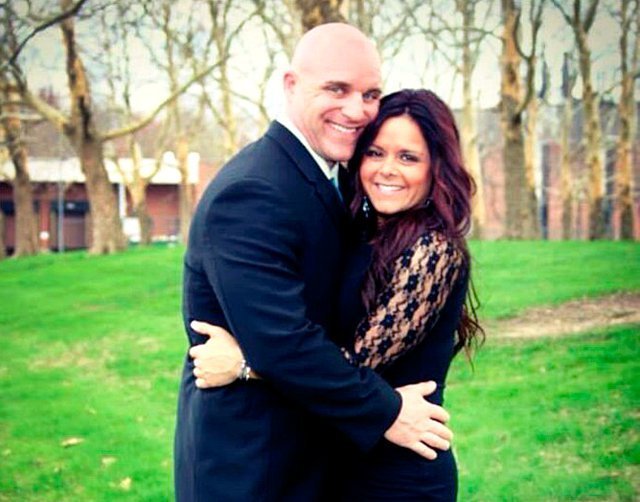 Graham Cooper and Jennifer Powell, who are engaged to be married Aug. 12, are taking part in the marriage-preparation process at Rochester’s Cathedral Community.

Jennifer Powell attended a baptism ceremony at Sacred Heart Cathedral four years ago and fell in love with the church.

So when she and her fiancé, Graham Cooper, became engaged at the end of last year, they decided to become Cathedral Community parishioners. And the cathedral parish is where they began the preparation process leading up to their Aug. 12 wedding.

Powell said she was both surprised and grateful that the preparation process — which includes a questionnaire and pre-Cana sessions — was so thorough and in-depth.

The process "brought up a lot of topics we didn’t discuss before that, or thought to discuss," she said, mentioning finances, chores and the possibility of adoption. "It’s really nice that it got you to delve into what you thought you knew about each other and brought it up more in-depth."

Couples preparing for marriage in the Diocese of Rochester begin that process with the Fully Engaged program, said Mary Dundas, diocesan coordinator of evangelization and sacramental catechesis. Couples preparing for a second marriage after divorce or being widowed must first complete some additional steps as well, Dundas added.

At the start of Fully Engaged, the prospective groom and bride each independently fills out a questionnaire about his or her positions on such issues as communication, finances, division of chores and conflict resolution.

The couple then attends several meetings to compare and discuss their answers with a facilitator, who can be a priest, deacon or parish staff member. The couple reviews their answers with the facilitator and works through any of the topics on which they disagree. When there are issues of disagreement, the couple is expected to discuss them with the priest or deacon who oversees the Fully Engaged program as they move forward with wedding planning, Dundas said.

Father Robert Kennedy explained that the preparation process also is a form of evangelization, assessing where the bride and groom are in their own faith journeys and the meaning of marriage in the couple’s participation in the church.

"I’m amazed that with just about every couple, there are one or two areas where they say, ‘Well, we haven’t talked about that much," noted Father Kennedy, pastor of Blessed Sacrament, St. Boniface and St. Mary parishes in Rochester. "In particular, the Fully Engaged inventory gets them to look at, well, ‘Where is our faith in all of this?’"

Such thorough and frank conversations about marriage and faith have led some couples to rethink getting married, he added. One such couple later did come back and get married, after reaching a much better place in their relationship, he said.

The Fully Engaged process "is very helpful in discernment process for a couple," he said. "It is not foolproof, but gives them (couples) plenty to think about."

After participating in Fully Engaged, the couple then would meet with a married couple in a pre-Cana session that typically lasts a whole day, Dundas explained. The pre-Cana session can be conducted one-on-one or in a group setting with other couples. Four topics are discussed during these sessions: theology, spirituality, teachings on marriage and family, and the Rite of Marriage. An ideal pre-Cana session would include the participation of a priest, who could assist with any theological questions that arise, she said.

The pre-Cana component also is available online for couples who may be living in different areas due to their jobs or military service, Dundas said. Once pre-Cana is completed, those preparing online would then be expected to meet in person with a priest or deacon, she said.

Once the Fully Engaged and pre-Cana steps have been completed, the couple can begin the final stage of preparation, which is planning the actual marriage ceremony, Dundas said.