Mary comforts all those who die alone, pope says at audience - Catholic Courier 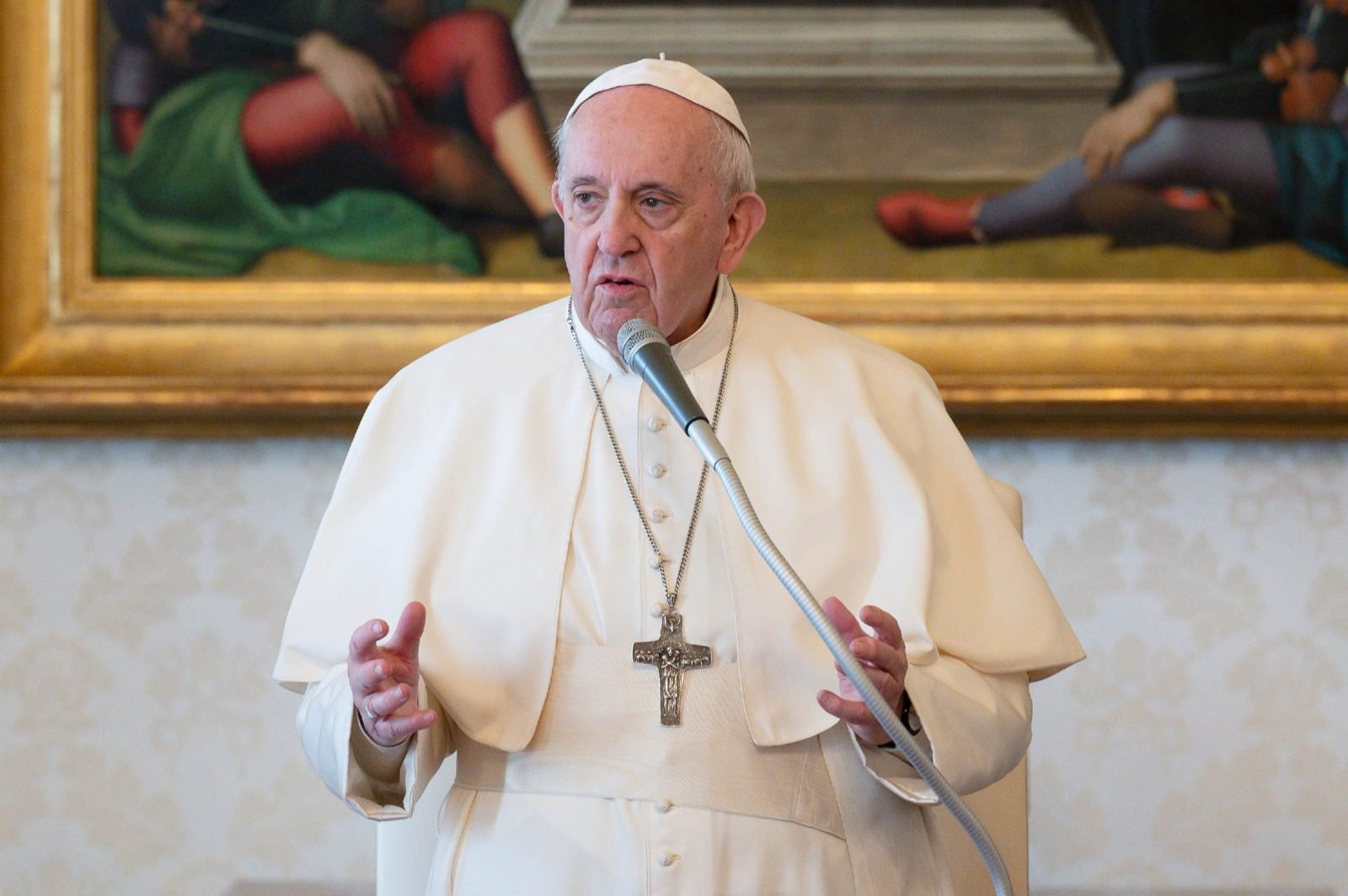 Pope Francis leads his general audience in the library of the Apostolic Palace at the Vatican March 24, 2021. The pope said Mary, the mother of God, has been present during the COVID-19 pandemic and was by the side of all who died alone. (CNS photo by Vatican Media)

VATICAN CITY (CNS) — Mary, the mother of God, has been present during the COVID-19 pandemic, and she was by the side of all those who died alone, Pope Francis said.

“If someone is alone and abandoned, she is the mother and she is there nearby just as she was next to her son when everyone else abandoned him,” the pope said March 24 during his weekly general audience.

“Mary was and is present in these days of the pandemic, near the people who, unfortunately, concluded their earthly journey in isolation, without the comfort of or the closeness of their loved ones,” he said.

“Mary is always there, near us, with her maternal tenderness,” the pope said.

During the audience, which was livestreamed from the library of the Apostolic Palace, Pope Francis continued his series of talks about prayer by looking at prayer in communion with Mary and her role in people’s lives.

As he has underlined often, the pope reiterated that Mary is not a “co-redemptrix.” For decades, some Catholics have been petitioning the popes to recognize Mary as co-redemptrix to highlight the essential role she played in redemption.

In his audience talk, Pope Francis said, Christ is the one and only redeemer, and “there is no other name by which we can be saved.”

Christ is also the supreme mediator, he added, the “bridge that we cross to turn to the father.”

Jesus entrusted Mary to humanity as a mother, “not as a goddess, not as co-redemptrix,” he said, adding that love motivated some people to call her “co-redemptrix,” but love often leads people to “exaggerate.”

Mary “occupies a privileged place in the lives of Christians, and therefore, in their prayer as well, because she is the mother of Jesus,” he said.

However, she is “always in relation to her son and in connection with him,” he said. Jesus is the center, and “Mary is completely directed toward him.”

“This is the role Mary fulfilled throughout her entire earthly life and which she retains forever: to be the humble handmaid of the Lord, nothing more,” he said.

The feast of the Annunciation March 25 reminds people that Mary said, “yes,” and promptly welcomed the angel’s invitation.

Mary “also responds to our supplications, she hears our voices,” the pope said.

Like every good mother, “Mary defends us from danger, she is concerned about us even when we are concentrated on our own things and lose a sense of the way, and when we put not only our health in danger, but also our salvation,” he said.

“Mary is there, praying for us, praying for those who do not pray, praying with us. And why? Because she is our mother,” he said.