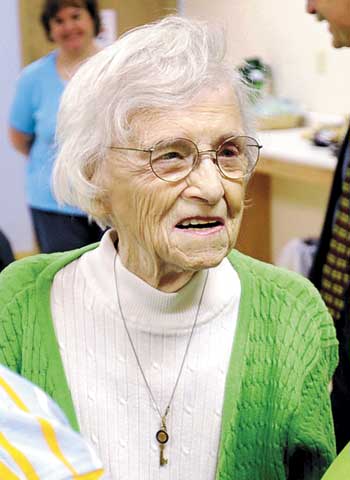 Accomplishments include: Running Genesee Settlement House for 25 years and Charles Settlement House for seven years; serving on committees that oversaw the development of the Al Sigl Center and Monroe Community College; helping to organize Rochester’s settlement houses into the United Neighborhood Centers of Greater Rochester; helping to organize a conference for all upstate New York settlement houses; helping to establish Hope for Kids, a nonprofit group to raise funds for Monroe County’s Juvenile Drug Treatment Court

Accolades include: Membership in the Academy of Certified Social Workers; 1994 recipient of the national Al Neuharth Free Spirit of the Year award from the Freedom Forum; honorary lifetime membership on the board of Catholic Family Center; recipient of a Diocese of Rochester Vita Award for her commitment to the consistent life ethic; recipient of two keys to the City of Rochester in 1971 and in 1974; service on the advisory board with Volunteers of America and Social Work Advisory Board at Nazareth College; service as board president of the YWCA; honorary board membership with the Mary Cariola Children’s Center and of Girl Scouts of the Genesee Valley; and recipient of the honorary and humorous rank of admiral in the Great Navy of the State of Nebraska

Read more: Only the Faces are Different, a book about Hannick’s life by St. Anne Church parishioner John Larish, was published in 2005