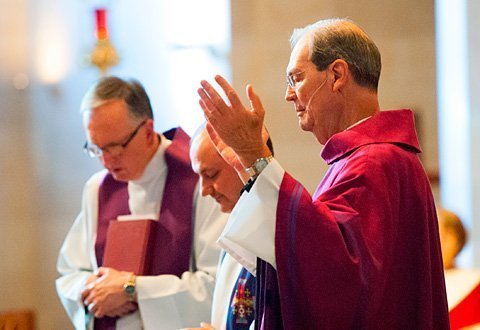 When Pope Francis asked the world for prayers as he begins his papacy, some parishes in the Diocese of Rochester were ready to add their supplications.

Several local Masses have been planned in celebration of the election of Pope Francis, a native of Argentina and the first Jesuit to be elected pope.

There will be a special Mass for Pope Francis at 5 p.m. March 17 at Sacred Heart Cathedral, 296 Flower City Park, Rochester. Jesuit Father Edward Salmon, president of McQuaid Jesuit, a Catholic high school and middle school in Brighton, will preside and preach.

A regional Mass also will be celebrated on Pope Francis’ behalf at 7 p.m. March 19 at St. Mary Church, Auburn. The Mass will mark the Solemnity of St. Joseph. The regional Mass follows another Cayuga County Mass Feb. 27 that was offered in thanksgiving for Pope Emeritus Benedict XVI’s petrine ministry.