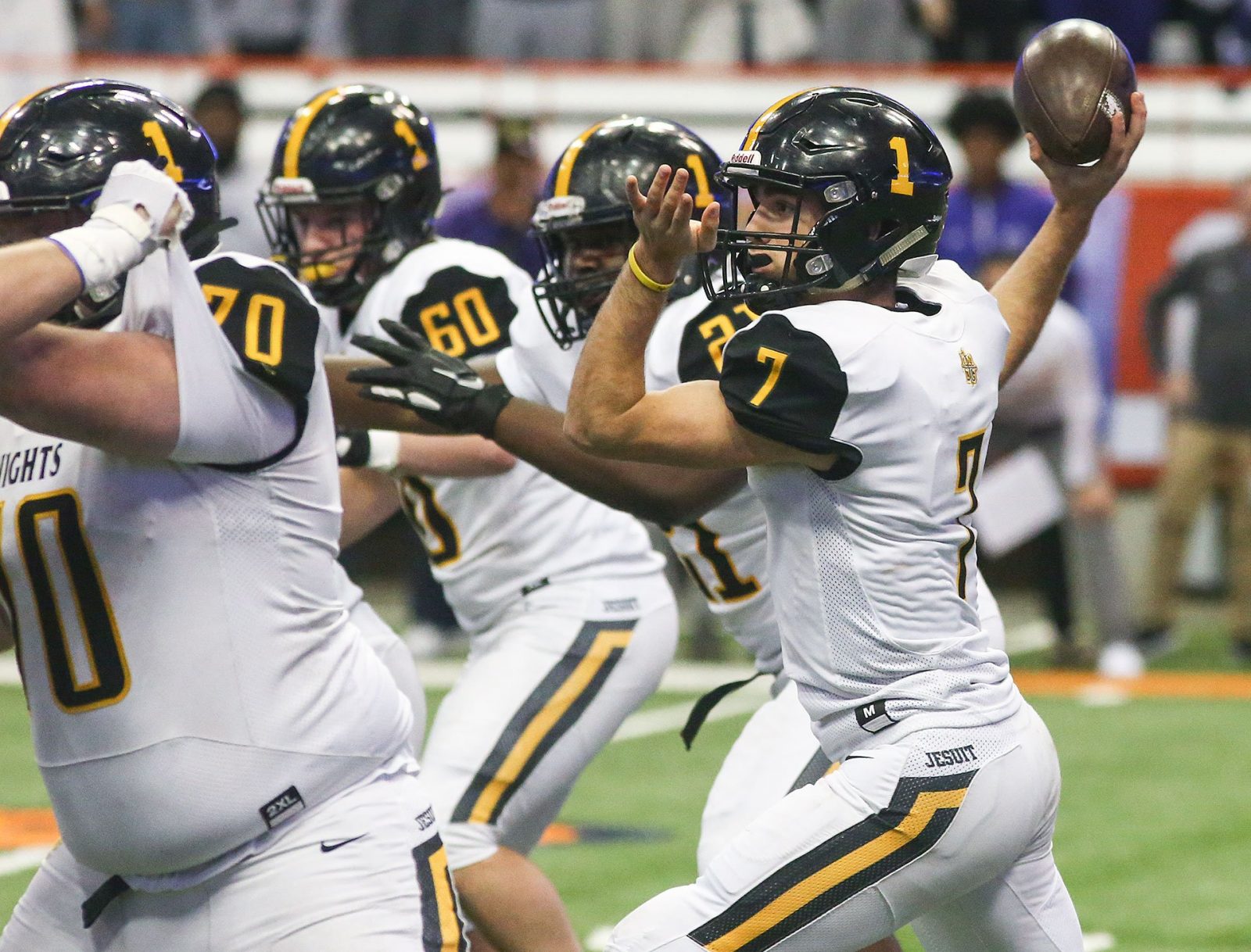 A historic football season for McQuaid Jesuit High School has come to an end, one game short of perfection.

The Knights were halted in their state Class AA championship matchup, 28-0, by New Rochelle on Nov. 30 at Syracuse’s Carrier Dome. McQuaid endured its only loss of the year against 12 victories.

McQuaid and New Rochelle engaged in a defensive struggle for much of the first half. The game remained scoreless until New Rochelle’s Gary Phillips III scored on a five-yard run with 2 minutes, 56 seconds remaining in the second quarter as the Huguenots went up 7-o. Their lead became 14-0 with 7:39 left in the third period, thanks to a 23-yard touchdown pass play from Tariq Benjamin t0 Anthony Paul Jr. Two long scoring runs by New Rochelle’s Jessie Parson III — from 49 yards away with 2:12 left in the third quarter and from 60 yards out with 7:48 to go in the contest — thwarted any hope of a McQuaid comeback. The Knights were held to 74 total yards for the game.

New Rochelle, a Section 1 team from Westchester County, had reached the state final a year ago before the Huguenots lost to another Catholic high school from Rochester, Aquinas Institute.

McQuaid’s success this season was punctuated by two big wins over Aquinas — 27-21 in a regular-season game back on Sept. 7, and 30-27 in the Section 5 Class AA final Nov. 9 as the top-seeded Knights recovered from a 27-14 halftime hole. For the No. 2 Little Irish, the only blemishes on an otherwise perfect 8-2 record were inflicted by the Knights.

McQuaid, meanwhile, brought home its first Section 5 football championship since 1978 and went on to the first state final in school history. In their other state-tournament games, the Knights won 32-28 over Lancaster of Section 6 in Class AA quarterfinal play Nov. 16 before recording a 42-28 victory over Cicero-North Syracuse of Section 3 in semifinal action Nov. 23.