Me and Earl and the Dying Girl - Catholic Courier 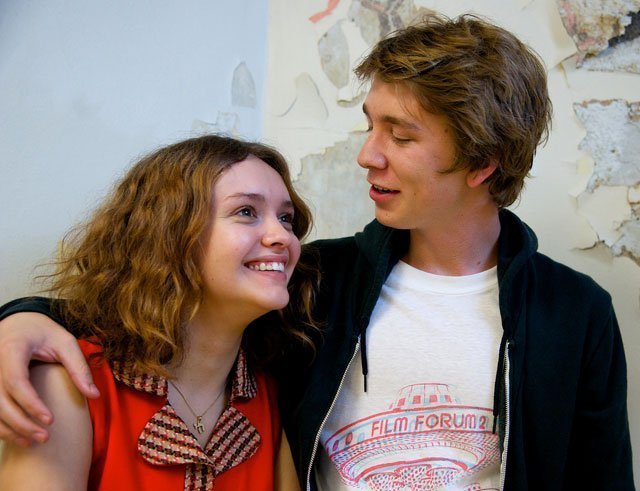 Olivia Cooke and Thomas Mann star in a scene from the movie "Me and Earl and the Dying Girl." The Catholic News Service classification is A-III -- adults. The Motion Picture Association of America rating is PG-13 -- parents strongly cautioned. Some material may be inappropriate for children under 13.

NEW YORK (CNS) — Grown moviegoers will find much to like about the sensitive — though ultimately shallow — drama "Me and Earl and the Dying Girl" (Fox Searchlight).

Given that director Alfonso Gomez-Rejon’s film is adapted from screenwriter Jesse Andrews’ eponymous best-seller for young adults, however, parents should be advised that bringing any but the most mature teens along would be a risky idea.

That’s not to say that the picture’s basic human interaction is anything but honorable. In fact, the main character, precocious, movie-obsessed high school misfit Greg (Thomas Mann), gets a thoroughly respectable life lesson when his determined mom (Connie Britton) insists that he befriend his classmate Rachel (Olivia Cooke) — a girl with whom the outcast has previously been only slightly acquainted — after Rachel is diagnosed with leukemia.

Despite mutual suspicion at the outset, the two develop a genuine affection for each other. And their circle of friendship is extended once Greg’s best buddy from childhood, Earl (RJ Cyler) — the two lads have collaborated, over the years, on a whole catalog of homemade movie parodies — also gets to know, and like, Rachel.

Overshadowed by the potentially fatal outcome of Rachel’s disease, the newly formed trio’s camaraderie is also strained by Earl’s inability to keep a secret, a trait that drives buttoned-up Greg to distraction. When Greg and Earl try to craft a cinematic tribute to Rachel, moreover, their frustration to capture their feelings for her on screen introduces fresh tensions into the three-way dynamic.

Unusually, Andrews’ script sidelines romance, giving Greg an unattainable love interest in the person of another schoolmate, Madison (Katherine Hughes), while keeping his relationship with Rachel strictly platonic. Even so, marginal tinges of sexuality, some of them distasteful, make this a doubtful choice for the source material’s targeted age group.

The prospect of Rachel’s death is also considered from a strictly secular perspective, one that impoverishes the movie’s outlook and puts it at odds with a Christian worldview. While there’s no direct contradiction of scriptural faith, viewers will need to come to the story with their faculties for discernment fully outfitted.