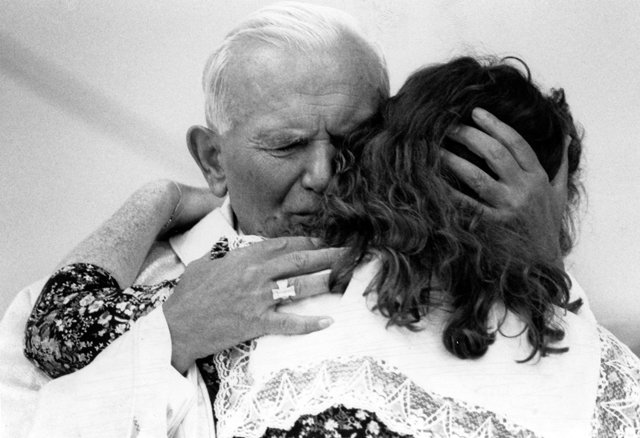 The year was 1993. The scene was Cherry Creek State Park in Denver, where some 600,000 people — nearly 10 times bigger than any previous crowd in which I’d been — were gathered.

And there I was, smack in the front row, with a close-up view of a future saint.

Yet 23 Augusts ago, World Youth Day came to the United States for the first time and several hundred young people from this diocese took advantage of the relative proximity. They journeyed to the Rocky Mountains, joined by Bishop Emeritus Matthew H. Clark, to celebrate their Catholic faith with St. John Paul II.

At the time I was only in my second year with the Catholic Courier, but fortunate enough to be assigned to cover WYD 1993 in person. In Denver I saw overjoyed youths from numerous countries come fully alive in their faith, with the electricity reaching a crescendo any time the pope appeared that week. He, in turn, extended heartfelt words of praise and encouragement to the massive throngs.

During the sign of peace at the closing Sunday-morning Mass, for which I rather miraculously ended up close to the altar area, I took a picture of John Paul hugging a weeping young woman with cerebral palsy.

It’s the most cherished photo I’ve ever taken, symbolizing what was an unforgettable experience for me and many others in the diocese. In fact, the positive jolt was so strong for local youth ministry that I believe its positive effects are still being felt today.