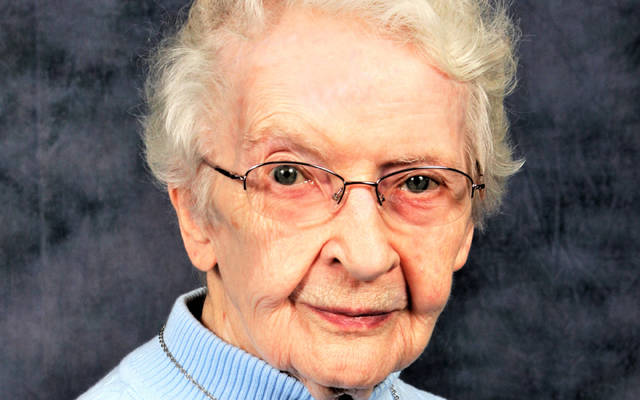 Sister of Mercy Mary Edwina Butler, who with four other sisters founded Notre Dame High School in Elmira, died on Dec. 27, 2017. She was 102 years old.

She spent her religious life as an educator. An accomplished pianist, she taught music at several elementary schools in the Diocese of Rochester. She also taught English, French, Latin and social studies at Our Lady of Mercy High School in Brighton, and was vice principal and French teacher at Cardinal Mooney High School in Greece.

Most of her years in education where spent at Notre Dame High School in Elmira, which she helped found in 1955. She taught there for seven years, left and returned for another teaching assignment from 1968-92, and then stayed on as a volunteer until 2003. Sister Butler was known for organizing school plays, but her legacy was teaching French and organizing student trips to France. She visited the country 14 times.

Sister Butler is survived by her nieces and nephews and her sisters in the congregation. Her funeral liturgy was celebrated at the Mercy Center chapel in Brighton Dec. 29, 2017, with burial in Holy Sepulchre Cemetery.