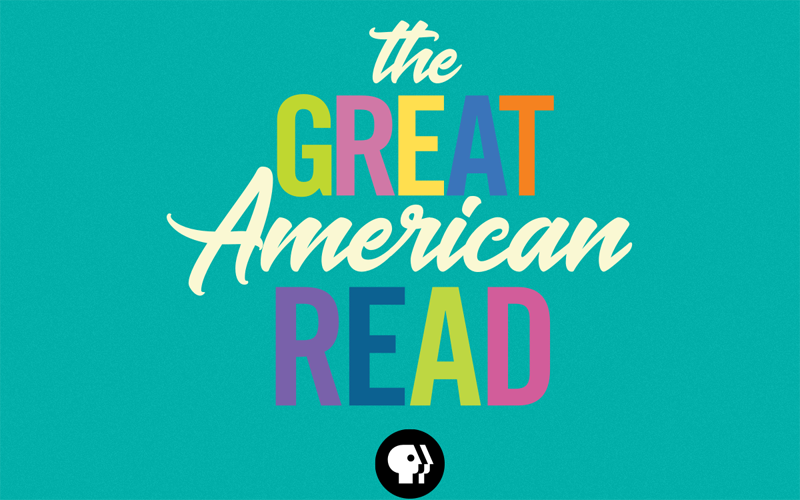 Launching with a special that premieres Tuesday May 22, 8-10 p.m. EDT, the show seeks to promote the love of reading by inviting viewers to vote for their favorite title from a preselected list of 100 novels.

Beginning with George R.R. Martin’s “A Game of Thrones” — the first volume in the ongoing series of books adapted into the hugely popular HBO series — and concluding with F. Scott Fitzgerald’s timeless masterpiece, “The Great Gatsby,” the special gives an overview of the nominated books, which were chosen by a national survey of fiction fans.

Along the way, the authors of some of the featured works, celebrities such as Sarah Jessica Parker, Diane Lane and Morgan Freeman as well as everyday book lovers all advocate for their favorites.

Dominican-American writer Junot Diaz, winner of the 2008 Pulitzer Prize for Fiction for “The Brief Wondrous Life of Oscar Wao,” also appears on the program. Though he isn’t featured prominently, his inclusion will nonetheless likely puzzle and trouble some viewers familiar with the recent claims of sexual harassment made against him.

Any list like the one that forms the basis for “The Great American Read” is bound to be subjective — and controversial. But viewers should bear in mind that these are some readers’ favorite books. The series is not claiming that they are the greatest or most influential novels ever written.

Consequently, some works of very dubious literary value are included. It’s safe to say this is first time Dan Brown’s “The Da Vinci Code” or E.L. James’ “50 Shades of Grey” have been favorably compared to Ernest Hemingway’s “The Sun Also Rises” and Joseph Conrad’s “Heart of Darkness.”

So when Vieira argues that this list is “compelling and diverse,” viewers will likely concur with the latter term but not necessarily with the former. The audience will nonetheless pick up some interesting tidbits along the journey.

J.D. Salinger, for instance, landed on a beach in Normandy on D-Day with six chapters of his best-known book, “The Catcher in the Rye,” in his hip pocket. And her publisher compelled the 16-year-old author of the young adult classic “The Outsiders” to go by S.E. Hinton, instead of Susan, to disguise her gender.

The program’s survey structure works against it, however. Though it covers a great deal of ground, “The Great American Read” remains shallow, missing opportunities to add to viewers’ understanding.

For example, the special opens on Vieira standing amid the Library of Congress’ impressive shelves. But the filmmakers don’t tell the audience that a replica of Thomas Jefferson’s collection of roughly 6,500 books — which the former president sold to Congress in 1815 for $23,950 (valued today at $2.8 million) — is on permanent exhibition there.

Similarly, after a discussion of Jonathan Swift’s classic 18th-century satire, “Gulliver’s Travels,” the introduction to the next book, John Kennedy Toole’s cult classic “A Confederacy of Dunces,” published in 1980, fails to mention that the late New Orleans-bred author took its title from Swift.

Part of the problem is the producers’ insistence on constantly reminding the audience to vote. As a result of this, “The Great American Read” takes on a “Dancing With the Stars'” quality. Viewers will half-expect Vieira to say, “America has voted, and ‘The Grapes of Wrath’ is safe.”

The program features some off-color language as well as discussions of rape, war, poverty, murder, homosexuality and racism — among other mature themes. Apt viewing for grownups, the series’ educational nature makes it at least potentially suitable for mature adolescents.

Prospective viewers, however, may want to wait until the fall to tune in, when themed episodes of “The Great American Read” — and the finale announcing America’s favorite book — are scheduled to air. Those installments may turn out to be more substantial than the mile-wide, inch-deep opening episode.