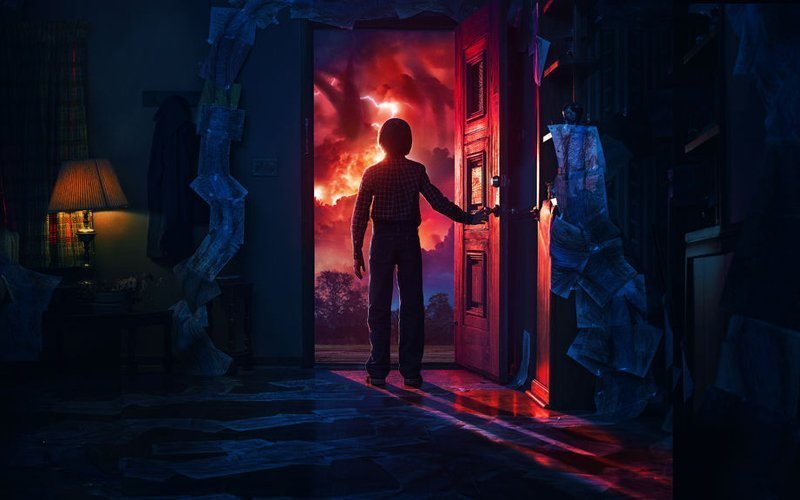 NEW YORK (CNS) — Close to 16 million viewers streamed the first episode of “Stranger Things 2” when it debuted on Netflix Oct. 27, and 326,000 binge-watched all nine new installments of the supernatural thriller.

Building on its predecessor’s surprise popularity, the new season is, by any measure, a hit, and the series a cultural phenomenon.

But is it all your friends and co-workers say? The answer is: at times.

Created, written and mostly directed by identical twins Matt and Ross Duffer, “Stranger Things 2” is currently streaming in one-hour episodes. Newcomers to the series should watch the first season before launching into the just-released material. Otherwise, they’re likely to get lost in the show’s labyrinth of plotlines and characters.

Middle school and high school students form the core of the cast. Their dialogue is seasoned with profanity, which does, of course, reflect how many adolescents speak. Perhaps more surprisingly, the series’ adult characters rarely complain about their children’s choice of language.

Kids in “Stranger Things 2,” moreover, relate to grownups as equals, and many of the adults appear to be oblivious to the unusual, dangerous things going on around them.

It’s fine that the show’s producers highlight intelligence among teens. But by largely discounting their elders’ authority over them, and characterizing some parents as unaware of the potential harm their children could suffer from developments in the plot, the filmmakers send a negative signal, especially to younger viewers.

The show’s target audience appears to be adolescents and young adults. Given the series’ capacious — and occasionally lurid and gratuitous — treatment of violence, sometimes accompanied by gore, however, “Stranger Things 2” is definitely not suitable viewing for teens. It’s even a questionable choice for a wide swath of adults.

The program is set on Halloween weekend of 1984 in the fictitious small town of Hawkins, Indiana. With that year’s presidential election looming, omnipresent Reagan-Bush yard signs identify Hawkins as a town epitomizing then-President Ronald Reagan’s sunny vision for the country, exemplified by the campaign slogan “Morning in America.”

But, as the first season established, the Dept. of Energy’s experiments in the paranormal and the supernatural, conducted on human subjects at the Hawkins National Laboratory, have engendered a frightening alternate dimension called the Upside Down.

As season two begins, middle school student Will Byers (Noah Schnapp) has apparently escaped the clutches of an Upside Down monster called the Mind Flayer, and is back hanging out at the video arcade with his buddies Mike Wheeler (Finn Wolfhard), Dusty Henderson (Gaten Matarazzo) and Lucas Sinclair (Caleb McLaughlin). Will’s relief at this return to normal, however, turns out to be premature.

The Mind Flayer reasserts his control over Will, this time mentally, further traumatizing him. As Will’s condition deteriorates, extreme measures are required to cure him. What Will endures as a result makes what the young protagonist of “The Exorcist” went through look like a day at the beach.

Yet, as Will’s friends understand, liberating him from the Mind Flayer’s spell is the town’s best chance to thwart the assault of fearsome — and reptilian — canines known as Demadogs. At least two adults share this realization: Will’s mom, Joyce (Winona Ryder), and the local chief of police, Jim Hopper (David Harbour).

Also protecting Hawkins from the Demadogs is a girl called Eleven (Millie Bobby Brown). A victim of the government-sponsored experiments who possesses psychokinetic powers, Eleven embarks on a journey of self-discovery to learn her history and understand how to harness her preternatural gifts for good.

The young actors — especially the principal quartet playing Will and his pals — impress, although it’s sometimes difficult to distinguish Schnapp from Wolfhard because they closely resemble each other. Nonetheless, these four display a likable Hardy Boys-type earnestness when examining the dark, mysterious and alien world they’ve suddenly encountered.

Their sincerity helps make the premise of the series seem less ludicrous. And there are moments of genuine, well-earned, heart-stopping terror, which is what many viewers anticipate and appreciate in a show like this.

Still, too many scenes feel pointless. Included, it would appear, only to pad out the long airtime, these segments fail to amplify tension. On the other hand, moments of decisive action can be extremely gruesome and, therefore, in very dubious taste.

In an age of global terrorism — and widespread suspicion about the trustworthiness of government officials — this sci-fi saga’s appeal is easy to understand. It’s unfortunate, however, that the producers have gone to such excessive lengths, especially in depicting carnage, to capture and hold their audience’s attention.