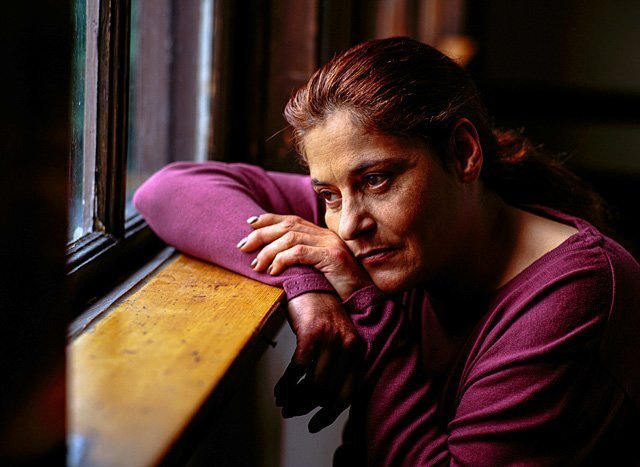 That’s the message of hope and reconciliation that Deacon Dave Snyder is trying to spread during the current Year of Mercy, which Pope Francis opened in December 2015 and which will end in November. Deacon Snyder is the diocesan coordinator of Project Rachel, a ministry that assists women and men who have been affected by abortion.

The Diocese of Rochester’s chapter of the national Project Rachel ministry was founded in 1996, and a special Mass in commemoration of the ministry’s 20th anniversary in the diocese was to be held Oct. 2 at Sacred Heart Cathedral in Rochester. During that Mass, Bishop Salvatore R. Matano was to bless and commission local Project Rachel volunteers, noted Suzanne Stack, diocesan life-issues coordinator. A reception was to be held after the Mass to honor Father James Hewes, who served as diocesan director of Project Rachel from its founding in 1996 until 2015.

One of Deacon Snyder’s responsibilities is to maintain the local ministry’s extensive network of phone volunteers who man Project Rachel’s hotline (1-888-9-RACHEL). Individuals who are suffering from the emotional wounds caused by abortion are invited to call this hotline, and trained volunteers will refer them to licensed counselors or clergy, Deacon Snyder said.

Deacon Snyder, Stack and the local team coordinating Project Rachel efforts have been working to spread the word that the ministry can help men and women alike find hope, healing and reconciliation with God.

He said the ministry currently is seeking people who may be interested in volunteering their time and talents to help Project Rachel in one of several ways. The ministry is always looking for more phone volunteers and trained counselors, and it recently began seeking people willing to serve as liaisons between their parishes and the ministry. These people would help spread the word about Project Rachel through posters and bulletin inserts and help interested individuals connect with the ministry.

People who would like to support Project Rachel’s ministry but don’t have the time to physically volunteer are encouraged to include the ministry in their regular prayers, Deacon Snyder added.

“Prayer is such an important part of reaching out to others. Pray for this ministry. Pray for the people who need the ministry and who need that healing touch,” he said.

Financial contributions are always welcome as well, he said, noting that Project Rachel is solely funded by contributions from individuals and parishes. Monetary contributions are used to help train volunteers, hold periodic retreats for people hurting from abortion and spread awareness of Project Rachel’s work in this diocese. One of the ways the ministry historically has spread such awareness is through printed advertisements in local newspapers and posters in churches, and these flyers recently got a makeover, Stack said.

In previous years, the flyers featured photos of women and men who looked visibly depressed or distraught, ostensibly over the pain caused by their experiences with abortion. The ministry’s new posters and ads, however, try to convey a more hopeful feeling, according to Lorraine White, a marketing professional who volunteered her expertise to local Project Rachel leaders. While photos of distressed individuals did accurately convey feelings experienced by many men and women hurting from abortion, they didn’t necessarily encourage people to reach out for help, White explained.

“In some of the research I’ve done, I’ve learned that’s a bit alienating for some women. It doesn’t draw them out of this darkness. It reminds them of this darkness,” she said.

These images had the potential to make people feel ashamed and isolated, but White hopes the new images will convey a sense of hope.

“There is hope. It’s not going to happen overnight, but you don’t have to live and suffer with this in silence,” she said. “We’re hoping to shed some light on the suffering. They don’t need to be alone. There’s help out there.”