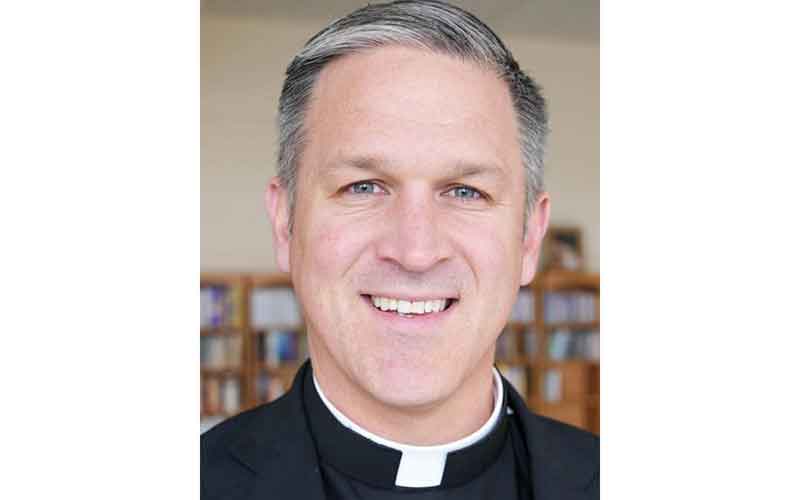 WASHINGTON (CNS) — Father Craig Vasek, a priest of the Diocese of Crookston, Minnesota, has been appointed as a specialist in the U.S. Conference of Catholic Bishops’ Secretariat of Evangelization and Catechesis to help implement the multiyear National Eucharistic Revival.

The USCCB announced his appointment Aug. 12. It is effective Jan. 1.

Father Vasek succeeds Father Jorge Torres, a priest of the Diocese of Orlando, Florida, in the role of specialist. Father Torres has been named executive director of the USCCB’s Secretariat of Clergy, Consecrated Life and Vocations. His appointment is effective Jan. 1.

The priests are fanning out to dioceses across the country to inspire deeper reflection on the gift of the Eucharist to the church.

The revival was launched June 19, the feast of Corpus Christi, opening two years of events and activities ahead of the USCCB National Eucharistic Congress, which is planned for July 17-21, 2024, in Indianapolis.

Ordained in 2010 for the Crookston Diocese, Father Vasek has spent the past four years serving at the University of Mary in Bismarck, North Dakota, as the chaplain of athletics and program director of the Institute for Virtue in Sport.

He is a faculty member with a dual enrollment in the Benedictine-run university’s School of Behavioral Sciences as well as the Catholic studies program within the School of Arts and Sciences. He is currently working on a doctorate in theology on the topic of the divine indwelling of God in the soul.

Father Vasek has worked extensively as a retreat director for the Missionaries of Charity, the religious order founded by St. Teresa of Kolkata, in Europe, Asia, Africa and North America.

He has produced works on the topics of Scripture and the spiritual life; hosted an evangelism ministry through a blog and podcast called “Evangelical Disciple,” and is a host for various shows on Real Presence Radio.

Raised on a small farm, he began his seminary formation in 2003 at Cardinal Muench Seminary in Fargo, North Dakota, with coursework at North Dakota State University, also in Fargo. He graduated in 2006 from the seminary and the university with a bachelor’s degree in philosophy and humanities.

He studied at the Pontifical North American College in Rome, obtaining both a baccalaureate and licentiate in sacred theology from the Pontifical University of St. Thomas Aquinas.

Upon returning to the Diocese of Crookston, and serving in multiple parishes, Father Vasek also obtained a masters in psychology from the Institute for the Psychological Sciences at Divine Mercy University in Arlington, Virginia.