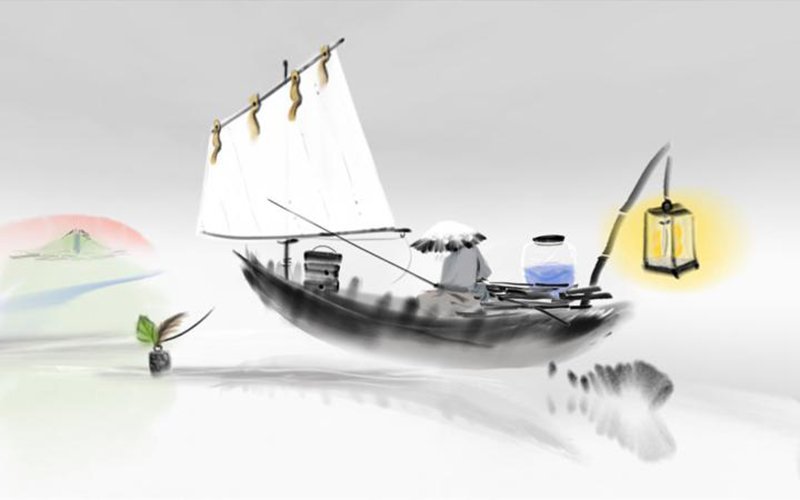 This is a scene from the video game "Mirages of Winter." The Catholic News Service classification is A-I -- general patronage. Not rated by the Entertainment Software Rating Board. (CNS by Mirari)

NEW YORK (CNS) — The mobile adventure game “Mirages of Winter” (Mirari) is a poetic tribute to nature, the balance of the seasons and humanity’s relationship to the world around us.

A contemplative title featuring beautiful artwork, it’s a gaming experience especially suited to a time when many are looking for an escape from stress.

Players begin with a first-person perspective, that of someone observing an artist in a boat. They are then prompted to do a series of small tasks to help him. After the artist is lost in a storm, “Mirages of Winter” guides gamers through a series of reflective puzzles as they cross a snow-covered island in winter.

To locate the artist, and find the path to spring, players hunt for five “elemental essences” that open new pathways. Additionally, up to 28 paintings can be collected. Each painting is paired with lines of poetry about the shifting seasons and nature.

The puzzles are not geared for difficulty. They’re meant instead to be relaxing and calming exercises.

The game lore is deeply influenced by Taoism and Zen Buddhism, as evidenced by the verse that accompanies the artistic images and by the speech of the artist. Although nonscriptural, these are two religious traditions from which Christian gamers can gain at least human insight.

The East Asian influence also is present in the style of the art. Known as “sumi-e,” it’s characterized by the predominance of a single dark color. Thus various tones of black are broken up by the occasional splash of a brighter hue on smaller objects, such as a butterfly in a lantern or the glowing embers of a fire.

The resonant tones of the soundtrack help to create a soothing environment. So it’s best to play “Mirages of Winter” with the sound turned on.

According to the game description, the music was composed specifically for the daegeum, a traditional Korean flute made from bamboo. This choice of instrument is in keeping with the game’s emphasis on the connection between humanity and nature.

While the minimalist approach of “Mirages of Winter” makes it delightful to look at, its extension to the technical realm may prove a hindrance to younger players. Very little guidance is offered about how to discover or solve the puzzles, which may leave youngsters struggling.

The game can be completed in two to three hours. But there is room for re-playability because collectible items may be missed on the first go-round.

Players looking to be immersed in the art, music and philosophy of the Far East will appreciate “Mirages of Winter.” So, too, will those in search of a tranquil refuge in difficult times.

Playable on iPhone and iPad.