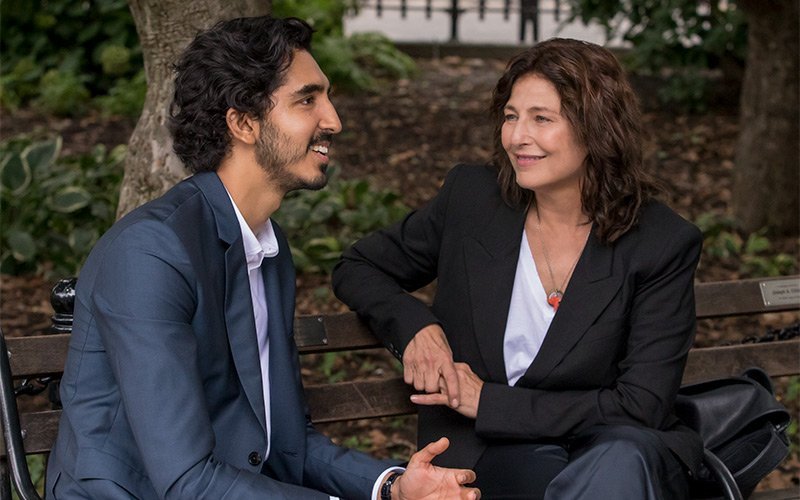 But these A-list performers can’t salvage the dreadful “Modern Love,” an anthology of eight half-hour segments currently streaming on Amazon.

Culled from the popular, 15-year-old New York Times feature in which everyday people write columns about their love experiences, the miniseries was developed by Irish director John Carney, who also writes and directs numerous episodes.

The 30-minute running time might be taken as a hint that these stories, all set in Gotham, are intended to be comedies. But in fact, they’re dramas — with the occasional humorous element included. As the first tale begins, Maggie (Cristin Milioti of “How I Met Your Mother”), a book reviewer in her 30s, concludes a first date with Mark (Daniel Reece).

Though the evening has gone well, Maggie is self-conscious about kissing Mark goodnight in front of her doorman, Albanian immigrant Guzmin (Laurentiu Possa). Zealously protective of Maggie, Guzmin scrutinizes her every move, assessing whether any given suitor is good enough for her.

But she assures Ted, much to his relief, that “nothing will change” for him.

To her credit, Maggie decides to keep the child, encouraged by Guzmin’s paraphrase of a saying made famous by Hillary Clinton. “The village brings up a child,” he says, “and New York is a very big village.”

The third episode features Hathaway as another 30-something single woman, Lexi. Though Lexi is a talented attorney, her boss and friend Sylvia (Quincy Tyler Bernstine) is concerned about her protracted absences.

One night, while composing her online dating profile and unable to sleep, the restless lawyer ventures into a Brooklyn supermarket. The sparkling blouse she sports on this outing seems better suited to a black-tie dinner than a midnight ramble. There she meets attractive Jeff (Gary Carr) in — where else? — the produce aisle.

Elated by the prospect of romance, Lexi breaks out in a choreographed musical number in the parking lot. At such moments, she says, “I feel like I’m in the title sequence in my own TV show.” As viewers will already have discerned, Lexi is bipolar.

Unsurprisingly, Hathaway easily engenders sympathy for her character. But when Lexi — who has been documenting the manifestations of her illness since high school — informs Sylvia, “You’re the first person I’ve told” about the malady, her statement strains credulity.

Mature matters, including abortion and infidelity, are a frequent topic of discussion. The portrayal of sexual activity is, however, more restrained than is typically the case on streaming services or cable outlets, though there is some fleeting rear nudity. Coarseness and profanity also characterize some of the dialogue.

One plotline follows a gay couple’s effort to adopt an infant, a narrative requiring careful analysis through the prism of church teaching. This is obviously not a series for any but adults.

Even grown viewers, though, will find little here to impress them and much that’s disheartening. Many of the characters, for example, lacking a faith-shaped moral core, become intimate with others casually and with little prospect of any permanent bond. They also consider adultery a reasonable option — even if they don’t necessarily engage in it.

The final episode — which features veteran actress and former National Endowment for the Arts chief Jane Alexander — attempts to redeem the series, at least in part. But, after a promising start, the effort comes to an abrupt and futile end at the halfway point.

Having made the charming and likable films “Once” and “Sing Street,” Carney misfires badly here. If this is, indeed, modern love, we’ll take the old-fashioned kind instead.