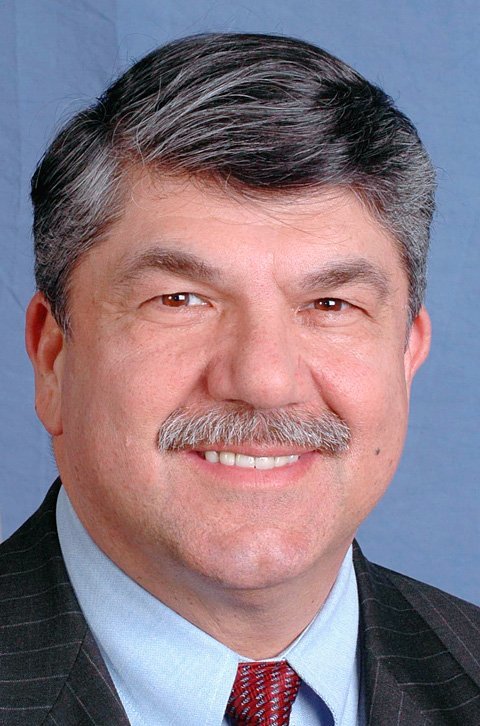 America has been hungry for someone to challenge the idea that it’s OK for people to come in as a distant second to profit.

Is it any wonder that any politician would envy the approval ratings of Pope Francis? More than 70 percent in the U.S. view him favorably, and that number rises above 90 percent among U.S. Catholics, according to a recent survey by the Pew Research Center.

I grew up in a small town called Nemacolin, in the heart of coal country in Pennsylvania. Almost every man in my family worked in the coal mines. My town was a company town, which means the mining company owned everything: every house and every yard. It owned everything except Our Lady of Consolation Church, which was at the heart of our town’s Catholic community.

It seemed like nothing and no one could stand in the way of coal companies’ pursuit of profit. Back in the 1920s and 1930s, they had a special police force at their call — the Coal and Iron Police. The companies’ private guards threatened, attacked and even murdered miners who tried to stand together to form our union — my union, the United Mine Workers of America.

My dad told me of an instance when he and his dad took part in a union meeting in the woods behind the church. The Coal and Iron Police broke up the meeting and tried to run down my dad and my grandpa, who ran through the woods and up the steps of the church.

The Coal and Iron Police caught and clubbed my grandpa, who bore a scar across his eye from the incident until he died.

The priest, Father Simko, heard the commotion and came out front with a crucifix raised high and he stepped right between my dad and granddad and the police. He held up the cross and said, "You can’t ride up these steps. This is a sanctuary!"

I was raised Catholic. I grew up in a community where the church was alive with working people. It was a refuge against injustice, a place of compassion, a flesh-and-blood sanctuary. Not long after Father Simko raised that crucifix, we formed our union.

My dad and granddad both raised families and have now passed away. Both died of black lung disease, which develops from inhaling coal dust — all those years working underground. Like them, I was a coal miner before I became president of my union and then of the AFL-CIO.

I have since then seen changes for American workers, nearly all of them destructive. Wages have been falling for almost 40 years and the healing spirit of compassion has often seemed to be ebbing from our world. Yet over the past few years, the Catholic Church has brought newfound vigor to traditional Catholic social doctrine, highlighting the dangers and injustices of our modern economic and political lives.

Pope Francis reminds me of Father Simko. Pope Francis speaks of work as "a gift and a duty." He stands against mass unemployment. He calls human trafficking a "scourge."

For much of the last century and more, the labor movement and the Catholic Church have stood together in solidarity for people who labor for a living. Pope Francis lives and breathes this tradition.

Together, the Catholic Church and the labor movement stand for a new moral and political order. We stand for liberty that comes from living and engaging in a democratic society. We stand for communities bound together by solidarity. We believe in the duty to ease pain and to offer comfort to those who are suffering — and not just with kind words, but with action.

That is why I am so heartened by our Holy Father Pope Francis.

Some people are surprised at the Holy Father’s teachings, but no one should be. He is holding up and restating the very foundations of Christianity, the timeless teachings of Jesus Christ: We are connected to each other.

Our church must never walk away from the principle that we are sisters and brothers, part of God’s family, and that every single person has dignity and worth as a child of God. Pope Francis speaks for the church I grew up in when he calls for an organized moral response to the injustices of modern capitalism.

He is not breaking new ground with his concern and love for the world’s poor, but rather embracing cornerstone Catholic teachings at the highest level. Nor is he speaking only to the poorest nations of the earth.

We in the United States need to listen closely, as his message is directed very much to us.

Trumka is president of the AFL-CIO, the largest federation of unions in the U.S.