Moses pleads with God to not destroy Israel - Catholic Courier 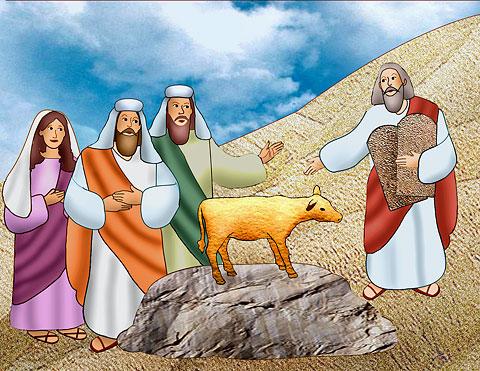 Moses pleads with God to not destroy Israel

Moses pleads with God to not destroy Israel

The people of Israel had become impatient with Moses. He had been up on the mountain a long time, and they still did not know when he would return. They went to Aaron, Moses’ brother, and said to him, “Come, make us a god who will be our leader; as for the man Moses who brought us out of the land of Egypt, we do not know what has happened to him.”

Aaron said to them, “Have your wives and sons and daughters take off the golden earrings they are wearing, and bring them to me.” The people obeyed and brought all of their gold to Aaron. Aaron ordered a fire to be built and all of the gold was melted. Then the gold was formed in the shape of a calf.

When they saw the golden calf, the people rejoiced and said, “This is your God, O Israel, who brought you out of the land of Egypt. “

Aaron built an altar in front of the calf and declared, “Tomorrow is a feast of the Lord.”

Early the next day the people brought sacrifices before the calf and began a celebration.

While Israel was enjoying a day of feasting, Moses was still on the mountain, speaking with the Lord, and the Lord knew what was happening in Israel. He said to Moses, “Go down at once to your people, whom you brought out of the land of Egypt, for they have become depraved. They have soon turned aside from the way I pointed out to them, making for themselves a molten calf and worshiping it, sacrificing to it. … Let me alone, then, that my wrath may blaze up against them to consume them. Then I will make of you a great people.“

Moses did not understand what was happening with Israel, but he knew the Lord was angry. He tried to speak out to defend Israel. “Why, O Lord, should your wrath blaze up against your own people, whom you brought out of the land of Egypt with such great power and with so strong a hand? … Let your blazing wrath die down; relent in punishing your people.”

Moses pleaded with God so that he would not destroy the people he had saved. The Lord told Moses he would not take out his wrath on Israel. Moses immediately picked up the two stone tablets the Lord had given to him earlier with Ten Commandments on them and returned to his people.

READ MORE ABOUT IT:
Exodus 32

Q&A
1. What did the people of Israel ask Aaron to do?
2. Where was Moses when Israel was making a golden calf statue?

Michael of Chernigov (1185-1246) is one of the most loved of the earliest Russian martyrs. When the Tartars were attacking Kiev, Michael, who was the Duke of Chernigov, was so afraid he ran away in order to save his own life. When he had reached safety, he realized he had committed an act of cowardice and was ashamed of himself. He developed a plan to return to Kiev to draw the enemy’s attention toward him, in order to hopefully save some of his fellow Russians. When he had reached the enemy camp, their leader promised to reward him if he would forsake God and serve idols. Michael refused. Some of his friends who were with him wanted him to try to escape, but he would not leave his country again to the enemy. He died in the camp. We honor him on Sept. 21. 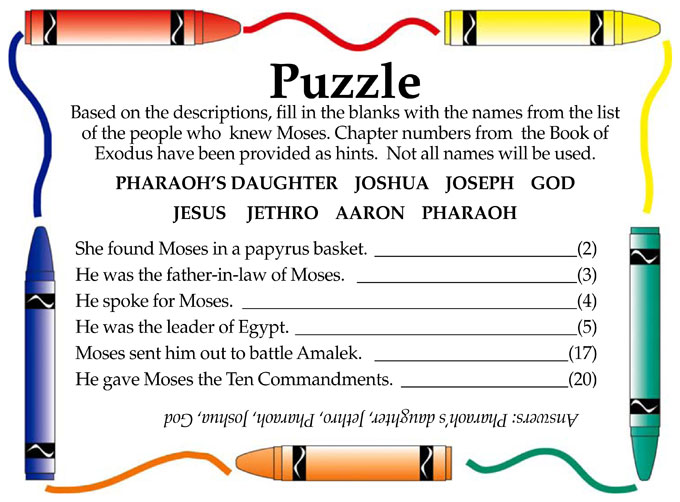