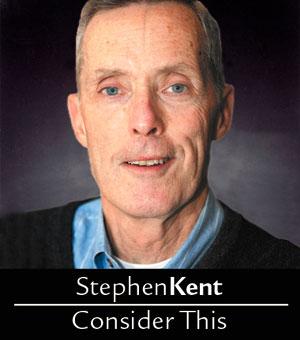 It’s an every-summer event, this domination of news channels by a subject filled with sound and fury, which serves little purpose other than to fill time during the dog days of August.

This year’s edition is the "Mosque Near Ground Zero," an event swirling amid ignorance, fallacies, misrepresentation and bigotry.

It would be easy to ignore it, if not for the undercurrents that carry disturbing aspects of prejudice and racism.

It is a perfect platform for demagogues and politicians looking to make headlines now.

Park 51, originally named Cordoba House, is a planned $100 million, 13-story glass-and-steel Islamic community center, which will include a 500-seat auditorium, a swimming pool, a restaurant and a bookstore. The center also aims to provide space for Friday prayers for 1,000 to 2,000 Muslims. It would replace an existing building that was damaged in the Sept. 11, 2001, attacks located two blocks from ground zero in New York City.

It is not a mosque and it is not on ground zero. That didn’t deter objections by those who claim it is a slap in the face because it is so near the scene of the attack.

One can empathize with the concern about a facility near a site that has emotional meaning to a nation. However, the World Trade Center was attacked by individuals, not by a religion. Granted, the attackers were believers in a religion, but they were extremists and did not represent the true faith.

Blaming a religion or a race or a gender for the misdeeds of its members or adherents has left a horrible legacy in history.

If the proposed building was meant to be a symbol of Islamic triumphalism to celebrate and memorialize 9/11 as some sort of high-rise victory arch, it would be a problem.

But taken at its word, the Cordoba Foundation aims to improve relations between Islam and the West by hosting leadership conferences for young American Muslims and organizing programs on Arab-Jewish relations.

It may be prudent if the Cordoba Foundation were to give some thought to a different location to exercise its right. But the practice of prudence and the exercise of a right are separate.

Earlier in the summer, the trustees of a parish on Staten Island, N.Y., ratified the decision of the pastor not to sell the parish convent to the Muslim American Society, which wanted to use it as a mosque.

In a June 8 blog posting about both situations, New York Archbishop Timothy M. Dolan wrote that "legitimate and understandable concerns about these two endeavors have arisen, and it is good these are being aired and discussed. …

"Yes, it is acceptable to ask questions about security, safety, the background and history of the groups hoping to build and buy.

"What is not acceptable is to prejudge any group, or to let fear and bias trump the towering American (and for us Catholics, the religious) virtues of hospitality, welcome and religious freedom."

Those who find any sincerity in those stirring up the discontent in Manhattan also may find a bargain in purchasing the nearby bridge to Brooklyn.

As it develops, the controversy is being called a national election issue, a wedge issue used to cause divisiveness in the support base of a political group.

Continuing that hardware analogy, if politicians employ a wedge issue to divide, the followers of Christ should use the "clamp" to produce the unity so that we may all be one.