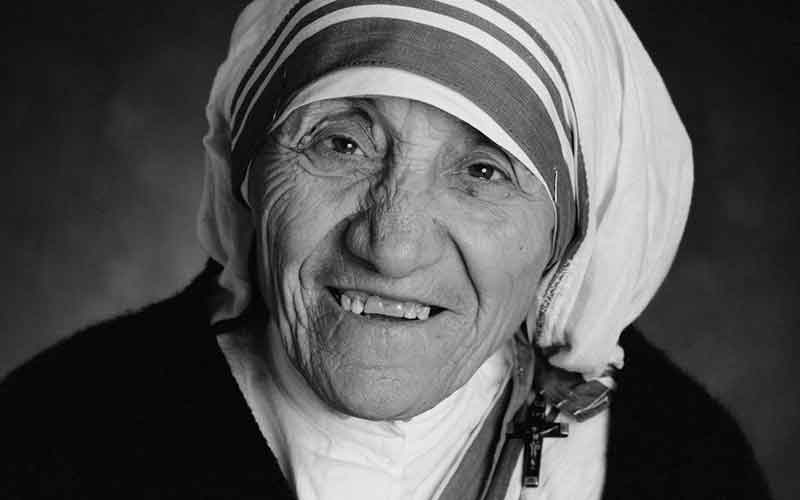 Mother Teresa film seeks to put saint back in spotlight

WASHINGTON (CNS) — A new documentary about St. Teresa of Kolkata, produced by the Knights of Columbus, aims to show how her mission and spirit continues in the work of her order, the Missionaries of Charity.

“Mother Teresa: No Greater Love,” directed by Emmy award-winning filmmaker, David Naglieri, was shown at the Vatican Sept. 2 and had its American premiere Sept. 11 at the St. John Paul II National Shrine in Washington. On Oct. 3-4, the film will be shown in about 900 theaters as part of Fathom Events’ Saints series.

Supreme Knight Patrick Kelly told the audience that the film intends to reach a younger audience that might not be as familiar with the work of the saint who died 25 years ago.

He also said Pope Francis praised the film in a letter.

The papal letter of Aug. 25 says: “Thank you for promoting this type of initiative that helps, in a creative manner, to make accessible the zeal for evangelization, especially for the young generations promoting the desire to follow the Lord who loved us first.”

The Washington screening capped a weekend of events dedicated to the saint, including a special Mass at the Basilica of the National Shrine of the Immaculate Conception and the dedication of the Mother Teresa Institute in Washington, designed “to preserve, protect, promote, and develop the authentic legacy of St. Teresa of Kolkata to the church and to the world.” The institute will offer resources to scholars and researchers.

During the Mass, which marked the 25th anniversary of the death of Mother Teresa, Washington Cardinal Wilton D. Gregory encouraged the faithful to look to the holy woman as a role model and “continue to fill up what she left undone in serving and loving the poor.”

“While we admire her work and extraordinary example of love, mere admiration is not enough when it comes to saints who inspire our lives,” Cardinal Gregory said. “St. Teresa was a woman of uncanny abilities, and she used all the gifts that God gave her for others. Her example must spur us all on to emulate God’s Mercy in caring for those whose lives continue to be at risk.”

The cardinal noted that Mother Teresa “has not been exempted from criticism in our contemporary world that always needs some how to find fault in even the most generous and loving individuals.”

“St. Teresa herself would be the very first to acknowledge that there was so much more that she could and would have loved to have done to care for God’s poor,” Cardinal Gregory said. “Becoming a saint does not mean that a person has done everything perfectly — just that they did everything that they did do heroically and generously.”

Filming for the documentary

The particular challenge was that there’s not much vintage film footage of Mother Teresa available. She was not a seeker of personal publicity and didn’t become well-known until British journalist Malcolm Muggeridge made a 1969 documentary, “Something Beautiful for God,” about Mother Teresa’s work beginning in 1948 in India serving the physical and spiritual needs of “the poorest of the poor.”

Public fascination with this practitioner of “radical poverty” developed instantly and built for the rest of her life. Mother Teresa, born in North Macedonia in 1910, went on to win the Nobel Peace Prize in 1979 and was elevated to sainthood by Pope Francis on Sept. 4, 2016.

“We didn’t want to do a chronological biography,” Naglieri said. Instead, the goal was to “show how her mission and her spirit continues today.”

Documentary shows the Missionaries of Charity

As a result, the documentary shows the Missionaries of Charity working with children and adults in Brazil, India, Kenya and New York City. The sisters are currently in more than 130 countries.

Sister Mary Bernice, a Missionary of Charity in the Bronx, New York, retells a story in the film about Mother Teresa encountering a gang-infested neighborhood in Chicago in the 1970s that quickly moved into legend.

She ordered the sisters: “Take me now to the door where they are shooting us.”

“We could not believe it. As we were walking toward the door, all these buildings surrounding us, the rifles were pointed out and kept shooting at us. Not one bullet touched us. And when we reached the door, this big man said to Mother Teresa: ‘Mother, you can’t come in here. I have business in here.’

“And Mother put her head down. And she looked up at him and she said: ‘I, too, have business in here. Let us make a deal.’ The man was so shocked that Mother would speak this way. He said: ‘You can come in here, Mother. I can’t stop my business. But I will protect your sisters.'”

Contributing to this story was Richard Szczepanowski, managing editor of the Catholic Standard, newspaper of the Archdiocese of Washington.