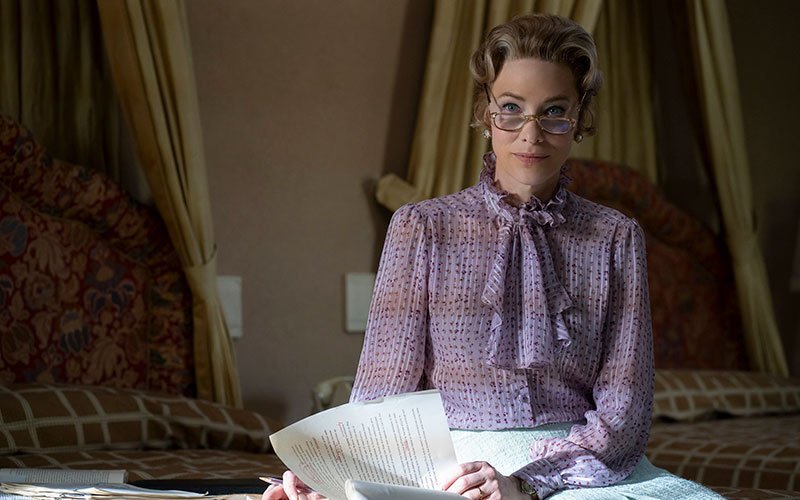 NEW YORK (CNS) — The 1970s battle to ratify the Equal Rights Amendment and the spirited female warriors on both sides of the fight are dramatized in “Mrs. America,” an FX production streaming on Hulu.

Three episodes of the nine-part miniseries are available now, with subsequent episodes debuting every Wednesday through May 27.

What could have been a very dry lesson in history and civics turns out to be an entertaining, often riveting reappraisal of the cultural battle that divided America during the Nixon presidency. Series creator, executive producer and co-writer Dahvi Waller (“Mad Men”) deserves credit for the nuanced and balanced point of view, aided by first-rate performances.

The seamier aspects of the post-hippie milieu are re-created in excess, however, with crude language, drug use and sexual situations that make this fit fare for adults only.

For the uninitiated, the ERA, guaranteeing equality in employment, property, divorce and other matters, was passed by Congress with bipartisan support in 1972. For it to be officially added to the U.S. Constitution, 38 states would have had to ratify the proposed amendment by 1979.

The ERA polarized society, pitting feminists and supporters of legal abortion against champions of traditional family values and those fearful of government intrusion. The first three episodes introduce the real-life characters on each side of the struggle.

A shrewd politician, Abzug tries to rein in the ego of Betty Friedan (Tracey Ullman), who feels entitled to the spotlight thanks to her groundbreaking 1963 book, “The Feminine Mystique.” In it, Friedan notoriously described marriage as “a comfortable concentration camp” for women.

Dowdy Friedan resents glamorous newcomer Gloria Steinem (Rose Byrne). Editor of Ms. magazine, Steinem is the most outspoken proponent of the movement’s signature cause, the legalization of abortion.

Her passion is shared by Abzug’s colleague in the House of Representatives, Shirley Chisholm (Uzo Aduba). Chisholm made history in 1972 as the first African American candidate for a major party’s nomination for president.

As she prepares to challenge George McGovern (John Bourgeois) for the Democratic Party nod, Chisholm has little patience for the infighting and indecision of her feminist sisters. “If you can’t support me, get out of my way,” she says.

The unlikely leader of the campaign against the ERA is Phyllis Schlafly (Cate Blanchett). A Catholic mother of six, Schlafly launched a national movement of housewives and moms against the so-called “women libbers.”

Schlafly proves a conservative firebrand, a master provocateur and a media darling. Handing out homemade bread and preserves to Illinois lawmakers (labeled “From the Breadmakers to the Breadwinners”) turns the tide against ratifying the ERA in her home state.

Colorful language aside, “Mrs. America” resists caricaturing Schlafly as, in the words of one observer, “that right-wing nut.” Instead, her personal fight for acceptance and respect in the male world of politics is showcased. She emerges (at least in the first three episodes) as a sympathetic figure — and, perhaps ironically for some, an empowered woman by any measure.

This was likely lost on her adversaries, though. “We should be worried about her,” Friedan warns her fellow activists. “Mussolini was very popular, too.”