Much Ado About Nothing - Catholic Courier 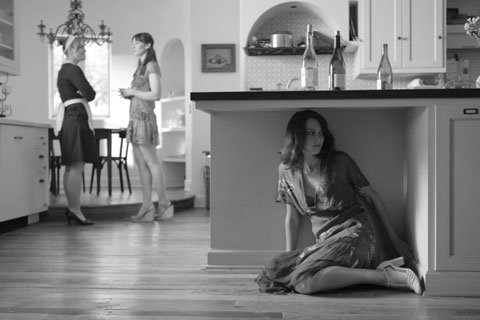 NEW YORK (CNS) — "The course of true love never did run smooth," wrote William Shakespeare. That familiar observation is contained in the dialogue of "A Midsummer Night’s Dream."

But it applies equally well to the action of the latest film adaptation of another of the Bard’s plays, the 1599 comedy "Much Ado About Nothing" (Lionsgate).

Can this hushed, intimate movie really be from the hand of Joss Whedon, who wrote and directed the loud, outsized blockbuster "The Avengers?" Indeed so. Whedon, who directed, produced, and wrote the screenplay, appears to relish the chance to step back and decompress.

The result is a character-driven and highly entertaining film that ponders age-old issues of marital love, fidelity and betrayal.

The dialogue and plot follow, more or less, Shakespeare’s original, although the setting has been updated. Instead of the Sicilian port of Messina in the Renaissance, we have modern-day California — Santa Monica, to be precise — and a lavish estate which is Whedon’s real-life home. The many levels, grand rooms and windows provide ideal settings for the play’s interludes and intrigues.

It’s time for a celebration, thrown by Governor Leonato (Clark Gregg) for warriors returning in triumph from a victory: Don Pedro (Reed Diamond) and his officers, Claudio (Fran Kranz) and Benedick (Alexis Denisof). They arrive in limousines, not on horseback, and carry smartphones.

Sparks fly from the moment the first of many bottles of chardonnay is uncorked. Claudio falls head over heels for Leonato’s comely daughter Hero (Jillian Morgese), and much wooing ensues.

Lovemaking is not on the mind of Benedick when he sees Leonato’s niece Beatrice (Amy Acker), however. The two are chalk and cheese, trading cynical barbs and vows never to marry. "There is a kind of merry war between Benedick and her," Leonato observes.

A sworn bachelor, Benedick boasts, "I am certain I am loved by all ladies, but truly I love none."

"I had rather hear my dog bark at a crow, than a man swear he loves me," Beatrice retorts.

Ah, but Cupid’s arrow will find its mark, with a little help from Don Pedro and his friends. They concoct a scheme to trick Beatrice and Benedick into thinking each is madly in love with the other. At times, the machinations recall a screwball comedy from Hollywood’s golden age.

The road to a happy ending is not without potholes, especially since Don John (Sean Maher), Don Pedro’s wicked brother, plots against Claudio and Hero on the eve of their wedding.

Whedon’s black-and-white cinematography is stylish and sensual to the point of debauchery, which may raise the hackles of Shakespeare purists. In fact, viewers could be forgiven for mistaking some of the proceedings for an extended television commercial promoting perfume, wine, or designer clothes.

The film contains implied pre- and nonmarital sex and brief drug use. The Catholic News Service classification is A-III — adults. The Motion Picture Association of America rating is PG-13 — parents strongly cautioned. Some material may be inappropriate for children under 13.